For the second year Latvia is using the new style Dziesma national final to select its entry to the Eurovision Song Contest. With the semi-finals behind us and the finals looming on the horizon, we took the chance to catch up with some of the singers taking part and today we speak to Aminata Savadogo.
escXtra: Hello Aminata, thanks for taking some to speak to us today! Firstly we’d like to congratulate you on your qualification final of Dziesma 2014!
Aminata Savadogo: Thank You!
X: Firstly, can you introduce yourself and tell us a little about your career so far?
A: So, my name is Aminata Savadogo. I am 21 year old girl from Riga (Latvia). I have finished musical college as a flutist where I studied for 9 years. I started to sing when I was 13 years old. I have always dreamed to become a singer, but before 13 I didn’t know that it is possible to learn to sing… I actually didn’t think about the process how singers become singers, just wanted to be like them.
At the age of 15 I participated at the Latvian popular TV show “Krodziņā pie Paula”, organised by the most popular Latvian composer Raimonds Pauls. Before and after that I participated in different song contests for children in Latvia and other Baltic countries, for example “Joulukohtumisse” in Estonia, and Babysing in Lithuania.
Then at the age of 17 I started to sing back vocal for Latvian popular singer Janis Stībelis/ Jay Stever. With him I participated at the prestigious song contest in Latvia “Muzikālā banka” and also Eurovision song contest in Latvia for the first time. And I also took part in his 2 albums “Diapozitīvi” and “Day by day”, as well as I participated in his video clip for the song “Day by day”.
In 2013 I participated in Latvian TV show “Koru kari 3” (“the Battle of choirs”), together with the “Golden” choir. Then, also in 2013, I took part in Latvian TV show “Jaunā talantu fabrika” as a soloist, where I had a first place. The show ended this winter, and now I am ready to take first steps in my solo career. And 2014 – as you already know, I am participating at the Latvian Eurovision song contest with my first song “I can breathe”. 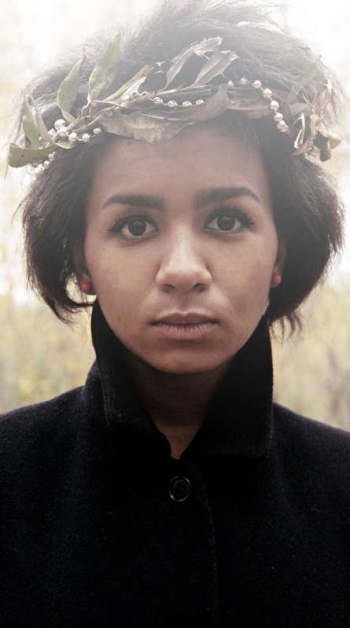 X: Backtracking a little, Where were you and how did you feel when you found out that you were one of the singers who had made it to the Semi-Finals of Dziesma?
A: Well, I just came home that day and decided to look what is happening in twitter, where they also announced who will take part at the semi-final. And I was amazed actually! Because this is my first song, that I have shown to the public. Of course I was very happy, because when you show your own song and it gets some good rating it’s different than you sing someone else’s song. I was afraid to show my songs before, but now it seems nice!
X: You wrote your own entry ‘I Can Breathe’ yourself, can you tell us what was the creative process like in the creation of your song?
A: I composed that melody about a year ago or even more, but didn’t show it to anybody, because I was too self-critical or just afraid of something. It was fast, actually. I was just standing at the kitchen and watching by the window when that melody started to sound in my head. And the next day after the show “Jaunā talantu fabrika” I recorded it in the studio. Thanks to producer of this song Kaspars Ansons and person, who helped me, who helps me to make my dreams come true and also have produced my first song, Latvian singer Dons. Great thanks to them!
X: Could you tell us a little about the message of the song?
A: The message of the song is that we should enjoy each moment of our life and should not waste our time for negative emotions, bad situations, bad feelings, like anger, irritation etc.. I don’t know if I the message is clear, but at least I tried. The song is about love, betrayal, jealousy…
X: Your entry is in English, in a year of Dziesma with the theme ‘Made In Latvia’ would you consider making a Latvian version of your entry?
A: I think there is no need to make the Latvian version of this song, It would be better to compose a new song in Latvian!
X: For many of the participants in Dziesma, Eurovision is not always the overall goal in participation. For you, what does it mean to take part in Dziesma.
A: For me I think participating in Dziesma is first of all good experience. I am taking part at the song contest with my own song for the first time! I also think, that it is a good chance to show yourself. In my opinion, participating in the Eurovision is a big responsibility, because you are presenting the whole country, the whole republic you came from at the international level. 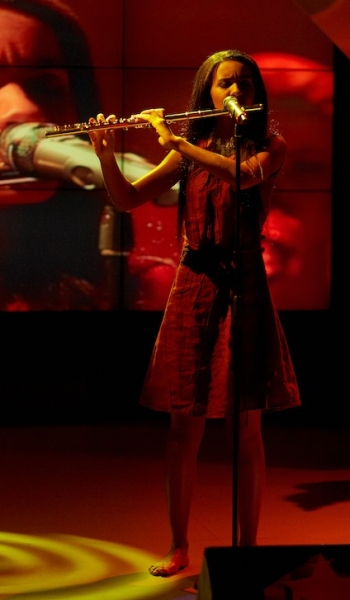 X: What are your feelings on the fact that if you win you will be representing your nation at Eurovision in Copenhagen in May?
A: As I already mentioned, I think it is a great responsibility to represent my country. And I am excited when I think of this.
X: Would you call yourself a Eurovision fan?
A: To be honest, I cannot call myself a fan of the Eurovision. I usually don’t watch Live Stream on the Television, maybe because I am busy with something else… But of course I usually know who is the winner of this year, at which place is Latvia and I also watch videos of participants on youtube.
X: Now some questions to get to know a little better, how did you spend your Christmas and New Year?
A: For me Christmas and New Year are family holidays. So this Year as well, I have spent Christmas and New Year together with my family and close friends. I am not a party animal or something…
X: Where is your favourite place in Latvia and/or where would you recommend someone visiting Latvia go see?
A: My favorite place in Latvia is the beach, doesn’t matter in which city. I live not so far from the beach, and I can’t imagine myself living somewhere where there is no water around. I like Latvian beaches of the Baltic sea with pine-trees, and I would recommend everyone to visit them. There is no other sea, so calm and fresh as the Baltic sea…
X: What is your favourite food to cook?
A: I like all sorts of meat. Especially barbecue! I adore barbecue! I just can’t live more than one day without meat…
X: If you could have any animal in the world as a pet, what would you choose?
A: I would like to have many animals… I think I would have a lion, because he is big and warm. It would be nice to lie beside him when it is cold. Also, I would like to have zebra, because I like zebras’ print, I think they are really beautiful animals… Also I would like to have snake, probably python…  But I also like leopards, panthers and tigers… And an eagle! But it would be too much for my flat…
X: What is the most embarrassing thing that has ever happened to you?
A: Difficult to remember… Usually I laugh if something has gone wrong…
X: Finally, do you have a message for our readers?
A: Always be yourself and try to live your life thinking of positive things, because we are creators of our lives!  And of course, listen to music…
Aminata, along with 11 other acts take part in the final of Dziesma 2014 on February 22nd. Listen to her song ‘I Can Breathe’ below! On behalf of all the team at escXtra I would like to thank Aminata for speaking with us and wish her all the best with whatever may be next!