1. While the stage at the B&W Hallerne took three months to build, it took just 17 hours to pull down. The removal of the stage commenced right after the show on the Saturday night, and was finished by the Sunday afternoon.

2. 195 million people turned into the Eurovision Song Contest this year. This figure was around ten percent higher than last year’s viewing figures and at home in Denmark, a whopping 89% of TV viewers turned into the show.

3. The preview video of Rise Like A Phoenix on the official Eurovision YouTube channel has been watched over 16 million times. The next most watched video is from Poland’s Donatan and Cleo, with over 5.5 million views!

4. Over 1200 people were involved behind the scenes to bring the Eurovision Song Contest 2014 to life. This was comprised of around 700 people involved in the production and event crews and over 500 volunteers assisting in areas such as transport, accreditation and monitoring the press centre.

5. The top and bottom place in the voting were the same in both the televote and the jury vote. Austria blitzed the televote with 311 points, and a more modest, but still winning, 224 points from the jury, as opposed to France which achieved a meagre 1 and 5 points respectively, seeing them dwell at the very bottom of both rankings.

7. The journey time from Copenhagen’s central railway station was around the same to both the B&W Hallerne and the Malmö Arena, the host venue of last year’s Eurovision Song Contest. While the B&W Hallerne is much close in distance to central Copenhagen, the actual journey times are about the same at around 25-30 minutes to both venues.

8. Conchita Wurst’s Rise Like A Phoenix is the first Eurovision entry since Ruslana’s Wild Dances in 2004 to win the Contest from the first half of the draw. In fact, the top ten of this year’s contest is evenly split between the first and second halves of the draw at five apiece.

10. 5.3 million tweets about the Eurovision Song Contest 2014 were recorded during the final, smashing the previous record of 3.76 million during last year’s final. The most popular hashtags used during the show were, in order #eurovision, #eurovisionsongcontest and #JoinUs.

Our collaborative articles are here! Of course, it's worth saying that our favourite entry is 🇧🇬 Sofi Marinova - Love Unlimited (2012).

Return on the Horizon? 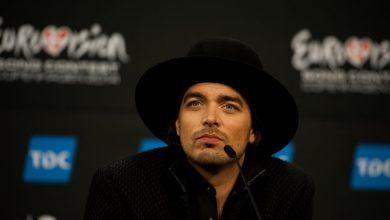 Waylon to focus on his solo career