23:21: And we come to an end of this live report. Four past Eurovision entrants, a group of sisters, a couple of established Maltese singers and newcomers. That is surely something to look forward for 21st and 22nd November 2014.

23:16: And the last qualifier is Minik. He can’t believe. He attempted to be in the Maltese selection 16 times but never managed to qualify before.

23:14: Domenique is the 19th entrant in the Maltese semi-final. She is sick so she will not be able to sing her song Take Me as I Am.

23:09: Iona Dalli as a newcomer in the selection. She is so emotional!

23:02: Corazon makes it once again to the Maltese selection.

22:59: Lyndsay Pace is the 16th qualifier and she really can’t believe it.

22:57: Danica sings a song once again composed by Elton Zarb but written this time by Emil Calleja Baylis. Danica sings Close Your Eyes.

22:49: The group sings a very happy sweat song. Surely it is beautiful to me.

22:45: L-Aħwa qualify to the semi-final. The group is led by Gianluca Bezzina together with his siblings.

22:44: Chris Grech sings a rock ballad which really suits to his voice.

22:37: She sings a very uptempo song entitled Rush. The first seconds of the song are beaty.

22:36: Christabelle makes it two in a row and qualifies to the semi-final.

22:31: Jessika is back with an electronic uptempo song entitled Fandango.

22:30: Daniel Testa was next and he sang a minute of his catchy entry Something in the Way.

22:28: Amber sings a minute of her song entitled Warrior. She was a backing vocalist accompanying Kurt Calleja in Baku two years ago.

22:20: We are off to a commercial break and then we watch the performances of the latest three qualifiers.

22:18: Amber, Daniel Testa and Jessika qualify to the semi-final.

22:15: Gray sings a typical ballad, as expected his voice is powerful.

22:09: Lawrence Gray returns in the selection. He will sing The One That You Love.

22:07: They sing a very positive song about the children they take care of.

22:02: The group of sisters under the name Ekklesia can’t believe that they advanced in the selection.

21: 59: Back from a commercial break and the 6th act qualified are the group of six nuns and their song Love and Let Go.

21:42: Deborah C makes it a fourth straight appearance in the Maltese selection with the song It’s OK. Song is written by Muxu and Elton Zarb (writers of Malta’s winning Junior Eurovision entry in 2013). And no it’s not Elton John!

21:39: So Rybak’s second attempt in Eurovision (as a writer) is a sweet ballad as Franklin sings a minute of his entry in the Maltese selection.

21:33: Franklin once again qualifies to the Maltese selection. He will sing the song Still Here, penned by the winner of the 2009 Eurovision Song Contest, Alexander Rybak.

21:31: Since Karen is not present in the studio, she sang an acapella of her song during a live link.

21:28: Karen DeBattista is the third qualifier and will sing 12, Baker Street.

21:13: Another past Eurovision representative who attempts to represent Malta again i.e. Ludwig Galea, Trilogy’s last appearance in the Maltese selection was a couple years ago.

21:12: The host asks those present to browse on tvm.com.mt to check who is the next qualifiers and it’s the trio Trilogy composed of Roger Tirazona, Eleanor Spiteri and Ludwig Galea (2004).

21:04 The first artist selected is the 2011 Maltese representative Glen Vella and his song Breakaway (written by Kevin Borg and Simon Gribbe)

21:03 And off with the first artist selected…

20:50 The popular show, Xarabank just kicked-off on the Maltese national broadcaster. During this show the 20 semi-finalists that will compete for the right to represent Malta in the forthcoming Eurovision Song Contest will be revealed.

In the show the artists selected will sing a part of their song. The list of those who can qualify tonight includes Gianluca Bezzina (2013), Glen Vella (2011), Ludwig Galea (2004), Olivia Lewis (2007) and Miriam Christine (1996). Another notable group who attracted interest in the local media is a group of nuns, who can make history and be the first ever nuns to appear on a Eurovision stage.

Meanwhile, PBS just announced that ticket sales for the Maltese semi-final and final show to take place on 21st and 22nd November has just started.

You can also watch the show by clicking here. 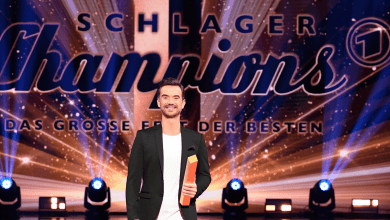