What a show we had last night. Dami Im in a landslide after the juries, but being overtaken by Jamala in the last seconds, seconds before it became clear that, despite winning the televote, Sergey Lazarev didn’t manage to overtake the Ukrainians. It’s quite understandable that these three countries took up most of our attention last night.

There are however more winners than just Jamala, Dami and Sergey. A day after the Grand Final, I’m going to take a look at these winners who didn’t win in the article below, as they deserve to be mentioned. 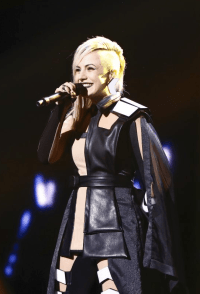 When Bulgaria announced their comeback to the contest, there really wasn’t an entire lot of hope for them. I mean, Bulgaria qualified for the final just once and they announced to be sending a returning artist who… didn’t qualify. Poli and her team then revealed If Love Was A Crime and turned themselves into a fan favourite. Qualifying for the final was already quite an achievement for Poli, but bookmakers kept having her around fifteenth.

For Bulgaria to eventually end up in fourth place, basically as the best of the rest, is quite the achievement. A fourth place is Bulgaria’s best ever result and it showed that both televoting (fifth) and jury voting (seventh) could appreciate Bulgaria’s effort in Stockholm. If we talk about winners who didn’t actually win, Bulgaria is the first to mention. Well done, Poli Genova. 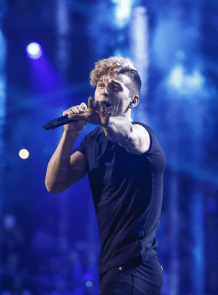 Donny, after the marathon Eurovizijos selection, didn’t do well with bookmakers. Nor did many fans really care for his entry in Stockholm. When Donny then said he wanted to do better than Love Is Blind, there were many who thought he should give up on that dream. But in the end, he didn’t just do better than his 14th place in 2012, he solidly sailed into the top ten and landed only Lithuania’s second top ten finish in their history. That’s worth an applause, Donny.

“Ultimate fanwank”, “Only fans will like this”, “Chanceless in Eurovision”. Just three of those things that were said about Zoë before she took the stage in Stockholm. She became a winner on Tuesday already by bringing Austria to the final again, for the third year running (yeah, I know, pre-qualified last year). She had the loudest cheer of the semi-final too.

As in her national final, juries weren’t all that impressed with poor Zoë’s efforts: 24th place with just 31 points. Televoting however totally got on board with Loin D’Ici: Eighth place in the televoting really did it for her. She was happy throughout her journey and deserves credit for how she went into this. Left side of the scoreboard, well done, Zoë. 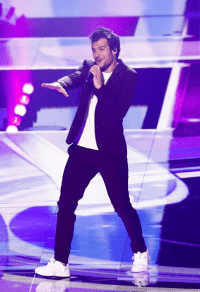 This one might be a bit paradoxal. France were a huge favourite to win, going neck-to-neck with Russia in bookmakers in the weeks before the contest. However, as soon as Amir’s first rehearsal happened, his odds collapsed, his fans mostly gave up their hopes and the dream of Paris 2017 seemed to fade away.

And indeed, the dream of Eurovision in Paris had to be postponed for a year, Amir didn’t win. But he still managed to come sixth, even though there were predictions of him keeping in with the French tradition of lower right side of the scoreboard. Sixth is their best result since Sandrine François in 2002 and it shows that the French broadcaster knows where the way up is. And that’s something worth admiring. 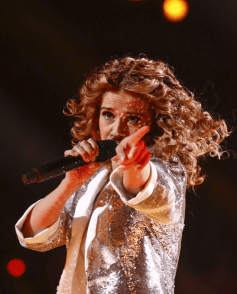 I couldn’t really skip Belgium here, could I? When Laura was chosen back in January, she was deemed chanceless. Besides, Wallonia normally does well, not Flanders, right? So What’s The Pressure should’ve been a hopeless case. Well. It wasn’t.

When it was announced to be the closer of the semi-final, people started to believe that it might even qualify. That it could even come third in the semi-final was quite the achievement in that respect. When the EBU then chose this as the opener of the Grand Final, I lost hope of this doing well. But I was once again wrong, as Laura came sixth with the juries and ended up in tenth place. Tenth in itself is just ‘OK’, but now look at this bit of history: It is just Flanders’ second top ten place since 1977. After Dream Express (7th in 1977), only Tom Dice (6th in 2010) managed to give Flanders a top ten. Laura deserves a whole load of credits.

Who were your winners?

I listed my five winners who didn’t win, but there really were a whole lot more you could have listed here: Poland coming third in televoting, Georgia upsetting the odds by qualifying, Czech Republic making the final for the first time and there are more. Obviously, there are more. But I’d like to know from you: Who were your winners who didn’t win last night? Let us know!

Michal Szpak gave us the biggest thrill going from near zero to near hero. He’s my d’artagnan though.

No mention hardly anywhere online of the performance of Spain. As a lifelong fan and avid follower of Eurovision since 1988 – I think Barei’s effort is right up there with the best tracks we’ve seen from any country in recent years. Good looking singer – check Cool factor – check Quirky gimmick – check Great energy – check Catchy track – check Memorable chorus/earworm factor – check Finishing in the bottom 5 – reality check Am I missing something massive here or summat? Nuts. I mean, in the semi final, she even publicly said she would rather have qualified… Read more »

I guess this year there were a bit of great songs and also to each his own but it was some tough competition. I do think that Malta had a good song and clearly deserved more than being placed 12th place, not even in the first 10! … Also I hate the fact that they changed how the televoting works, bearing in mind that Malta got only 16 points.. 5 points from one country and 6 points from another, out of 42 countries!??! ..This song was clearly politically affliated, and while it did speak about what they went through directed… Read more »

I agree with you, yet maybe my Spaniard point of view may be seen as clouded by nationality. Anyway, something failed, the magic they intended to portray was not able to make it through somehow. In the end, only one performance enjoys the fact of being in the exact time and place as regards winning the competition!

Joe and Jake deserve a little mention – the UK’s first 12 in five years.

I think the whole country was happy after that!