So, it‘s been a week since the final, and after seven days of hardly listening to any of the songs (apart from „LoveWave“ and „Color of Your Life“, since they have moved straight into my „regular music“), I now feel ready to take a look back over the 2016 games, and make a rank of my top and bottom 10 things about Eurovision Song Contest 2016.

For the first time in years I didn‘t go to Eurovision, and due to exams and thesis writing I didn‘t really *follow* anything Eurovision this year. I followed the Icelandic and Norwegian preselections, since I was covering those here on escXtra, but apart from those I only listened to the chosen songs once, on the night they were selected, and then not again until all songs were out. Then I listened to all of them in one go, and then not really again until I went to the London Eurovision Party. And after that, not really again until the semis.

So, now I‘ll try to make lists of my highs and lows of the Stockholm games. I‘ll just present 10 things I liked and 10 I didn‘t so much, in completely random order. And being the eternal optimist, I‘ll start with the highlights.

#1 The new voting system
This was a stroke of genious! In recent years the voting stopped being interesting the moment the hosts announced the winner, often while several countries still hadn‘t even given their votes yet, which I found both rude and annoying! This year it was intensely exciting, from the moment Australia recieved their televotes and we all realized that several countries could still win! To me, the new voting system was the „real“ winner of ESC2016. PLEASE keep it!!
(Btw; I would have loved seeing the 2009 voting with this system… And I also wonder how long it would have taken before we knew the winner this year, with the old system. There are most likely „number crunchers“ out there who know this, and if so; please share your divine knowledge!) #2 The realtive simplicity of (most of) the top 10 performances
I‘m one of those people who believe Eurovision should be about the music, and this year the top 10 entries mainly delivered fairly straight forward performances, with the song being the most important thing. The only exceptions to this were (in decreasing order of „gimickyness“) Russia (everything + the kitchen sink…), Bulgaria (the electrifying outfit), Australia (the big box thingies) and Armenia (the holograms of Iveta). Ukraine, France, Poland, Belgium, Sweden and Lithuania all gave us perfomances that focused on a singer delivering a song. Which is what I would like it to be about. Of course they did it with effective lighting and good camera work, and in Belgium‘s case a catchy dance number, but no screens, no hamster wheels, no levitations or projection on dresses… I‘m a fan!! #3 The hosts
I‘ll just leave it at that.

#4 Georgia making to the final
Being a rock chick at heart I was utterly delighted by “Midnight Gold” qualifying! And even though they finished 20th, I see this as a victory for rock at Eurovision. As one out of the only two proper rock songs this year, it was good to see them qualify. (And no, Cyprus wasn‘t rock. It was possibly the most “schlager” entry of the year, they’d just added drums and guitars to make it seem like rock.)

#5 The new Icelandic commentator
So, this is a very, very local highlight, but I have to mention Gísli Marteinn. I‘ve listened to several Norwegian commentators, a few of the British and Swedish and the previous Icelandic, but never before have I enjoyed the commenting as thoroughly as I did this year. Gísli was on the border of being mean a few times, but not in a vicious way, just intensely funny, at the same time being informative and friendly. If they keep him I‘m totally watching next year’s shows on RÚV!

#6 The winner
Ukraine wasn‘t my favorite, but I had it in 12th place, so definitely „up there“. One of the reasons I liked this song was that Ukraine gave us exactly what I always want; a real singer performing a real song. And what a performance she gave us on the night! And when it came down to the final three, there was no doubt in my mind; passion and quality wins for me every time! And even though Jamala was only my number 12, I liked her a lot better than Dami (17th) and *a whole lot better* than Sergey (37th)…

#7 Russia not getting away with being cynical and „Eurovision by numbers“
Just reminding people, before they attack; this is my personal opinion, and the televotes from all over Europe shows that a whole lot of people disagree with me. Which is fine. Actually, it‘s more than fine; it‘s great! But to me, this is everything that I don‘t like about Eurovision, made even worse by the fact that I like the first minute of it. It‘s a bit like „Crisalide“; starts out good, then getting killed by the canned drums… A song that takes longer to perform than it took to write it, with a performance trying (and managing…) to cover up the fact that the song is dated and boring. A performance that includes everything (and I swear I saw a kitchen sink in there…) just tells me that they don’t really believe the song and the singer will be good enough to win. Thank heavens for the juries!

#8 Quality songs doing well
Last year we had Latvia and Norway, and perhaps Australia, this year gave us Armenia, Sweden, Croatia (- the key change. Seriously, what was *that*?!), Ukraine, Georgia and Latvia. I just love it when countries come up with good songs, the kind of songs that, in many people‘s opinions, „isn‘t Eurovision music“. You see, I believe all music is Eurovision music, as long as it‘s in the contest. And I‘m not saying that the more „eurovisiony“ Eurovision entries are necessarily bad, but they are all very similar to each other, and that gets boring. At least I think so.

#9 The songs
I often struggle finding 10 songs to put in my top 10, as my taste in music is pretty unique for a Eurovision fan. I normally like all the songs that „everybody else“ hate, and the songs in my top 10 can very often be found in most other fans‘ bottom 10… But this year I actually struggled with which songs to exclude from my top 10 list! I had approximately 15 songs I really wanted to include, which just doesn‘t happen! And I think quite a few of these will be included in my „regular music“ too; at least Armenia (which was my favorite from the first time I heard it) and Poland (which is a song really *shouldn‘t* like, but for some reason is the song I can‘t stop singing), and also Montenegro, Georgia, Italy and Sweden. (I also struggled to fit all the songs I *didn’t* like into my bottom 10…more on that in the next article…)

#10 The final
How good the Eurovision final is depends a lot on which songs qualify from the semis, and this year I have to say that by and large, the correct songs qualified. Personally I would have preferred Montenegro and Iceland instead of Azerbaijan and Malta from semi 1 and Norway instead of Belgium from semi 2, but all in all I think we got a great final line-up this year.

What were your highlights of Eurovision Song Contest 2016?

We should have known that Ukraine had won before Russia’s televote total had been announced, because there weren’t enough points left to bring that country any higher than third. So there still would have been potential for Wiv to have been annoyed (not that I want this!), but it would have needed quick and accurate number crunching to do that (adding together the televote total for 41 countries and subtracting that from the total available points televote of 2436). I knew that Russia had ‘only’ 361 televote points as soon as Petra said 323 points for Ukraine.

Which tweaks? The only change I can think of right now that I would make is having the spokespeople announce 8, 10 and 12 as before. To me, the announcing of just the 12 seemed a bit strange and frankly more than a little pointless…

I’m really happy they didn’t have a “total points left to hand out” bar at the bottom of the screen, though, cuz then we all would have known. I wouldn’t have been without that last moment of suspense before the announcement of the Russian televote points for anything; that was one of the true highlights of the evening for me. I didn’t even have Ukraine top 10, but dearallmighty how I supported Ukrain at that moment!!

And thanks a lot for not wanting me to be annoyed!! :D 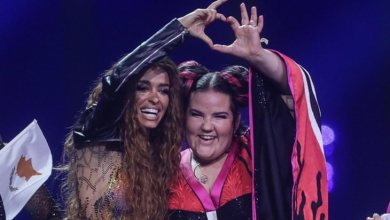 From also-rans to Eurovision superpowers: How Bulgaria, Cyprus and Israel transformed their fortunes 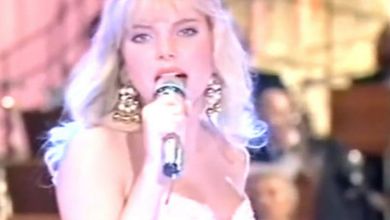 🇬🇧 Slideback Sunday: A pop song with a message

When should we expect the Eurovision 2020 running order announcement? 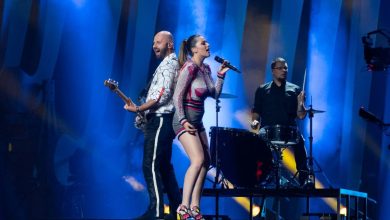 🇲🇰 Slideback Sunday: We Went too far.. No there’s no way back…