For the fifth time, the Berlin Eurovision fanclub has organised the “Eurovision Weekend” in Berlin. The event will start on Friday, July 15th and will end on the 17th morning. After Finland, Israel, UK and Denmark, the OGAE Netherlands has been invited to co-organise the event.
The dutch singers Sandra Reemer (1972, 1976, 1978) and Esther Hart (2003) will be on stage. This year’s Austrian representative, Zoë as well as national final entrant Laura Pinksi (Unser Lied für Stockholm 2016) will join the Dutch artists.
The weekend will start with Friday’s opening ceremony at März Restaurant, where previous co-organisers will pass the baton to OGAE Netherlands. DJ Louis from the Netherlands and DJ Jay-T will make the guests dance to Eurovision classics until early morning.
The saturday morning will see two guided tours through the city: a classical tour will start from Hotel Ramada, sponsor for the event, covering the city centre, meanwhile a “special” tour across East Berlin, starting at 2pm.
The sumptuous Gala will kick off at 7.30 pm at Pfefferberg, official venue since the first weekend. Judy LaDivina, drag queen and show director, will perform and host alongside Erik Enter from the Netherlands.
During the first part of the Gala, 12 artists from 12 European countries will compete in the OGAE-vision Song Contest. Some known names, such as Karl William Lund (UK national selection 2016), as well as Patryk Smolarek (who competed in the Swiss online selection in 2015) and Egor Lutsenko (Moldovan pre-selection 2016), will be among the competing artists.
Here is the full line-up of the show:
1. Germany – Call me Survivor (Tim Berlingen, Verena Teuber, Florian Sawatzki)
2. Belgium – Jan Demulder
3. Italy – Daniela Stefanelli
4. Sweden – Aron Promnitz
5. Denmark – Mikal Johansen
6. Portugal – Daniel Pereira
7. United Kingdom – Karl William Lund
8. Slovenia – Jan Vehar
9. Russia – Egor Lutsenko
10. Malta – Sebastian Calleja
11. Netherlands – René de Beer
12. Poland – Patryk Smolarek
The titles of the songs performed on stage will not be revealed until the show.
Both juries from the competing countries and the public will have the chance to vote for their favourites.
After the contest, the four guests will sing medleys of Eurovision songs – and after midnight, the party will start.
Sunday at 11 am, the last act of the Eurovision Weekend, the brunch, will take place. During the day, some of the artists will be interviewed and will sing live on the stage of the Sonntags-Club.
There are no more tickets available online. However, they can be still be purchased by contacting Frank Lochthove at [email protected] The price for all events is 36€ and includes entrance to all parties, Gala, and bruch.
If you are interested, here are all the addresses of the venues:
Friday: opening party from 9 pm – März Restaurant (Greifenhagener Str. 17, 10437)
Saturday: Gala from 7 pm, party in the basement from midnight – Pfefferberg Haus 13 (Schönhauser Allee 176, 10119)
Sunday: brunch from 11 pm – Sonntags-Club (Greifenhagener Str. 28, 10437) 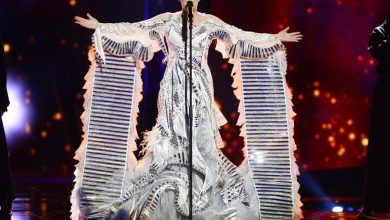