Having watched Eurovision for the first time in 2007, and been fixated ever since with the entire Eurovision bubble, I always wanted to have a look back at earlier editions of the contest and see how the contest has evolved over time, and whether the changes have been for the better or for the worse. The edition that I will be focusing on in this article will be the 2003 contest that was hosted in Riga, Latvia.

There were a lot of ‘firsts’ for the 2003 edition of the Eurovision song contest:
Latvia hosting: Latvia hosted the 2003 contest for the first time, and so far only time after Marie N won with her entry ‘I wanna’.

First victory for Turkey: Yes that’s correct; Turkey won the Eurovision Song Contest, for the first time in 2003 with Sertab Erener and her entry ‘Everywhere that I can’, with its belly dancing and beautiful exotic and Middle Eastern Turkish influences.

First Nil Points for UK: The United Kingdom received the dreaded ‘Nil Points’ for the first time’ in 2003 with Jemini and ‘Cry Baby’. What a shame, especially after Jessica Garlick’s result of 3rd place in 2002. It can be argued to be the start of a not so great run for the UK in Eurovision.

Now after having a rewatch of the contest, there were a few things that stood out:

The Schlager effect: Now this was very much the case for many of the entries. Let’s take a look at Slovenia and Sweden for example with their repetitive, high energy, pop sounding songs with a very important key change. Especially Sweden which is very well known for its killer key changes in Eurovision. Just take a look at Charlotte Perelli (2008) and Mans Zelmerlow with his entries ‘hope and glory’ and ‘Cara Mia’. This is something that has over the years been less existent in Eurovision songs, but will Schlager music make a return in the future?

Lots of wailing: Yes you read it correctly, wailing! Just take a look at the Belgium and Latvian entries and you’ll understand my point. Wailing may have been in during that period of Eurovision but it is a definite ‘No No’ now.

Off key: Eurovision is not always known for the best vocals, but some countries vocals were far from on key, and yes I’m not just talking about the UK entry. Just take a look at Norway’s artist. It was not the best performance of the night and in my opinion, vocally it left a lot to be desired. Even Spain’s performance which was fast Spanish pop, was out of tune towards the end, but hey it was still amazing to watch.

Where were the different languages: One thing, I noticed was that there were not many entries that were sung in their native language, with the exception of Spain, France, Portugal and Croatia who I can name from the top of my mind. Countries such as Bosnia and Herzegovina, who in later editions sang in their own native language, sang in English in 2003. Maybe that was in the ‘In thing’ to do at Eurovision during that time. To sing in English.

Britney inspired pop: One song, that upon watching and listening gave me ‘Early noughties Britney vibes’ was Croatia’s entry by Claudia Beni which was called ‘Vise nisam tvoja’. Everything from the cropped tops of the dancers, the choreography to the song reminded me of Britney and ‘Hit me Baby One more time’ which is definitely a positive… well for that time period maybe not now in 2016 nut nonetheless an amazing catchy song that was in both Croatian and English so lots of eurofans and myself included could sing along to the chorus.

So what are my overall thoughts on Eurovision 2003. Well, I have to say that it is definitely a great edition of the contest and one that every eurofan HAS to watch. It is filled with pop, fun and songs about love love and love and who doesn’t want to listen to that. 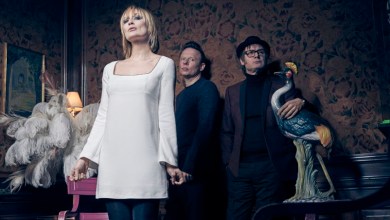 🇧🇪 Hooverphonic: “Our Eurovision performance is going to be 100% Hooverphonic” [INTERVIEW]

🔊 Spotify Stream Update! Who was streamed the most these days? 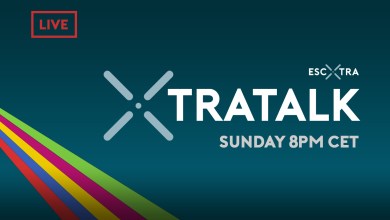 🇮🇸 Daði Freyr: “I am using this opportunity to do things that I have wanted to do for a long time” [INTERVIEW]