Over the weekend, Johnny Logan has publicly “slammed” the Irish broadcaster’s approach to the Eurovision Song Contest. Of all people, Johnny should know! Following his three victories at the contest, twice as a performer in 1980 and 1987 and once as a songwriter for Linda Martin in 1992, Logan secured himself legendary status in the Eurovision world.

Last month, Louis Walsh publicly revealed he hoped that the “King of Eurovision” would write this year’s Irish entry. The Irish entry will be performed by internally selected Brendan Murray, former band member of Irish chart-topping band HomeTown. Nevertheless, Logan has refused the offer and blames RTÉ for his decision. In an exclusive interview with The Irish Sun, he says the following:

“I like Louis but he knows I would never have anything to do with our Eurovision entry the way it’s currently being done by RTE. Because at the moment, it’s cheap and nasty — that’s how it seems to me.”

Asked about what RTÉ are doing wrong, Logan states that he believes the Irish broadcaster were wrong to downgrade the Irish national final to a Friday night as part of a chat show, The Late Late Show. The former triple Eurovision winner certainly has a point. Ireland first used The Late Late Show to select their entry in 2006. However, Brian Kennedy had already been internally selected. The first time Ireland used the chat show to host a multi-artist, multi-song national final was in 2009. This process continued until last year when Nicky Byrne’s Sunlight was internally selected. Since 2009, Ireland scored only one top 10 finish with Jedward in 2011.

Instead, Logan believes RTÉ should look to Scandinavia as an example to follow. In addition, he believes RTÉ need to hand things over to a “new generation”.

“RTE should go down to the BIMM music college and find the best new songwriters to come up with songs. [The broadcaster] should have a show running for several weeks like they do in Norway, Sweden and Denmark to find a song for Ireland.”

RTÉ: “We are not in the position to dedicate a whole TV series”

In response to Logan’s remarks, RTÉ have responded by saying they are not in the position to “dedicate a whole TV series” to selecting Ireland’s Eurovision entry. Instead they are preferring to put all of their resources into their Eurovision act for Kyiv and benefit from Walsh’s vast experience in the music industry.

Time will tell if RTÉ have made the right decision. It is expected that Brendan Murray’s song will premiere on The Late Late Show on either March 3rd or March 10th. A few weeks ago rumours surfaced suggesting former finalist on The Voice UK, Leah McFall, may have written Brendan’s entry. It remains to be seen whether this is true!

What do you make of Johnny Logan’s comments? Do you think RTÉ are to blame for Ireland’s recent lack of success at Eurovision? Let us know your thoughts in the comments section below and via our social media pages @escXtra! 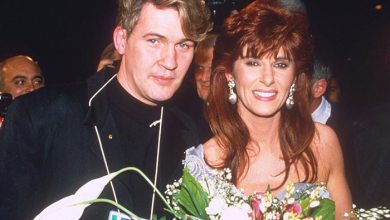