A few days ago, EBU and UA:PBC published the first version of the rehearsal schedule for the 2017 Eurovision Song Contest. However shortly afterwards Russia withdrew from the contest. Therefore, this schedule quickly became outdated. Today, a brand new version of the schedule has been published on Eurovision.tv.

You can read the schedule in its original multi-page form by visiting the Press section on eurovision.tv. However, we have taken all the information and made it available on a single image. Hopefully this will make it easier to digest and refer back to. Check it out below! 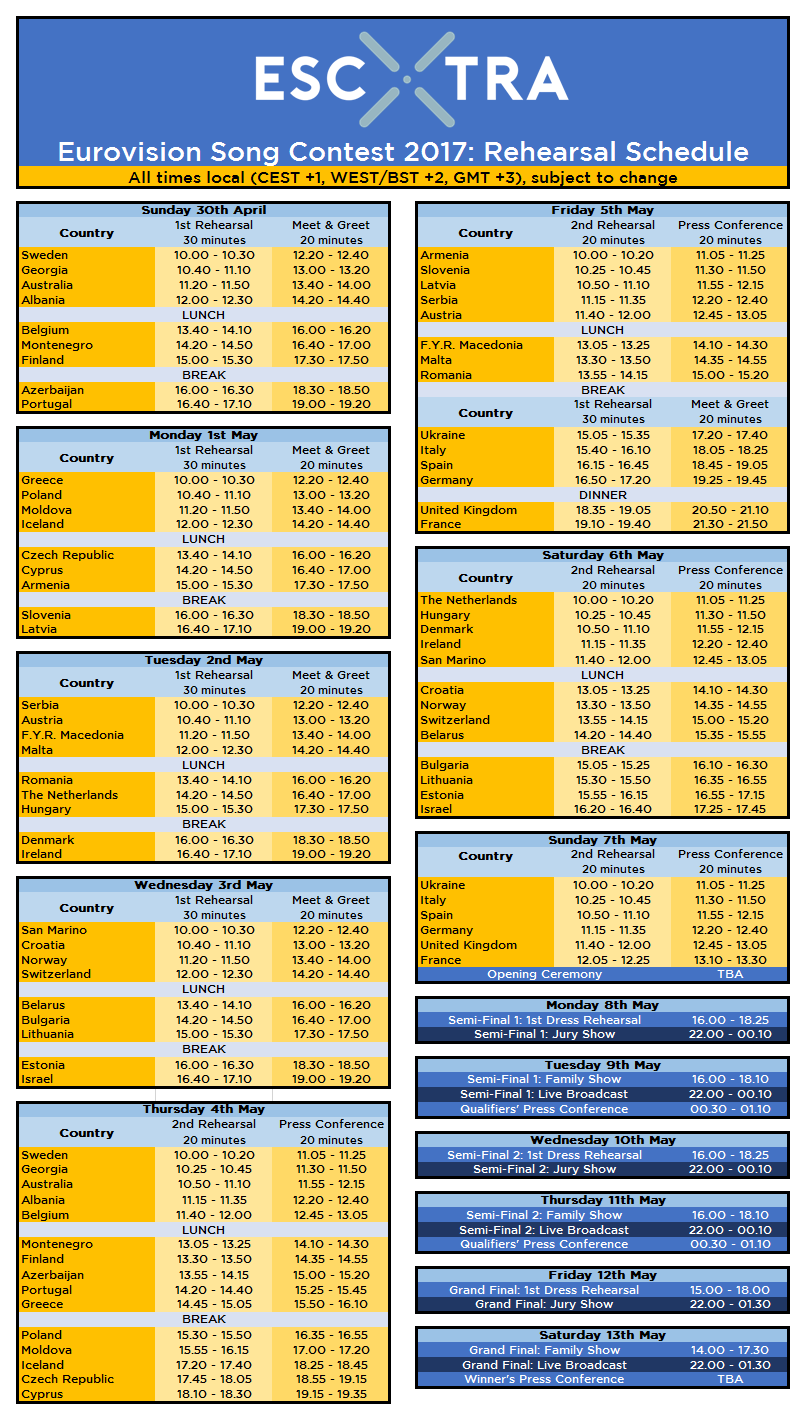 (If the image is too hard to read, simply right click on the image and “open in new tab”. You will then be able to zoom in where necessary)

This data is taken straight from the official press release. Thus, we have no reason to believe any of it is inaccurate. However, on May 4th, we notice that the second rehearsals of Iceland, Czech Republic and Cyprus start an hour later than the previous rehearsal of Moldova with no notice of a dinner break. Therefore, either there is a dinner break that hasn’t been acknowledged or those last three rehearsals of the day will begin an hour earlier than officially scheduled.

Nevertheless, this means there are just 12 days to go until the beginning of rehearsals for the 2017 Eurovision Song Contest! Of course, escXtra will be in the press centre in Kyiv reporting live from the rehearsals as they happen. Make sure you stay tuned!