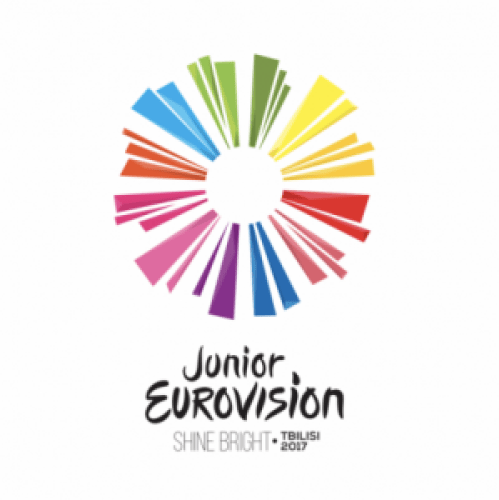 According to the official press release, the vision behind this year’s theme is as follows.

“Shine Bright is the central message for this year’s event and is complimented by a creative logo design based around a segmented sun, bursting with colours and expression. The brand new slogan and artwork for the event gives an insight into Georgian culture and celebrates the artistic potential and creative drive of the young JESC participants who will be announced later in the year.”

“The colourful flare of the logo symbolises the diversity and joy associated with the power of music. Concept and Art Director of Saatchi&Saatchi, Luka Ivanidze said “We created this symbol from sunny Georgia, hoping that it will strengthen each participant of the Junior Eurovision Song Contest and inspire them to shine.””

Prior to this year’s contest, up to 25% of Junior Eurovision songs were allowed to be performed in a language that isn’t one of the country’s official languages. Now, this percentage is being increased to 40%.

According to Gert Kark, the project manager of the Junior Eurovision song Contest, a number of delegations had wished to have a verse, rather than just a chorus as was the case for most entries, in English. Now, countries will be able to perform a verse and a chorus of their song (or similar combination) in a non-national language of their choice.

In another minor rule change, backing tracks may now contain the recording of six backing vocalists onto the track. This is an increase on the five that were allowed in previous years. Nevertheless, as always, the lead vocalist must perform live on stage.

So far, 7 countries have announced their intention to participate in the 2017 Junior Eurovision Song Contest. These are Belarus, Cyprus, Georgia, Ireland, Malta, The Netherlands and Russia. Furthermore, Malta and Russia have both revealed their selection processes which will take place this summer. The contest will take place on November 26th in the Georgian capital of Tbilisi.

What do you think of this year’s Junior Eurovision slogan? Furthermore, what do you make of the new rule changes? Let us know your thoughts in the comments section below and via our social media channels @ESCXTRA.