Bom dia! It is time for me to lay bare my Eurovisual soul as lucky part thirteen of this series. I’m Simon Wells, a founding member of ESCXTRA, based on the fringes of London.  and the fringes of Eurovision fandom. In the real world, I work as a manager for an education tour operator, following 12 years as a teacher. I’m a geographer, runner, gymmer and, er, piano-er.

Being both aged and stubborn, I avoid tweeting and snapping, but you can follow/stalk me here:

My first memory is creeping back down the stairs well after bedtime as a young child because I knew the voting would be warming up. It was the ’80s so there was none of that internet or mobile nonsense to follow it on; I had to get past my parents to get back to that clunky big box in the living room.

As a young boy who would grow up to be a piano-playing gay man with a geography degree, there is no way I could fail to enjoy the contest, especially the voting.

My family are musical and have always watched the show with a safe mix of intrigue, pleasure and disdain; but I went a little too far for the average person’s liking when first recording it (on VCR… and onto cassette…) in 1994. That contest was a good one for me musically, and my interest grew from there.

The early ’90s were times of change, mostly very positive; rather the opposite of 2017.  The contest, like real life, opened doors to new (sometimes literally) countries, languages and cultures. It was enlightening to have a window onto the musical words of other nations. Where else was a suburban boy in the pre-internet era going to hear songs in the Estonian language or zhushy fado?

I was born in distant nineteen-eighty.  I’m a veteran of the Eurovision sphere, but I did arrive quite late to the party.

Some of the founding members of ESCXTRA have ‘previous’ when it comes to fan sites, and I stumbled across some of them on a 2008 live stream. I got into a chat argument about diasporic voting and somehow or other, a few months later I found myself live blogging a Romanian national final of indeterminable duration and purpose, leading to 8 further years on the Eurovision hamster wheel. This has taken me to a range of five overly expensive Scandi and Germanic cities for the contests, as well as the serious stuff, the national finals… You haven’t lived until you’ve seen a Swiss or Icelandic selection up close and personal, or had a good FiK.

On my Eurovision journey I’ve christened the SuzyShake, saved pappagallo, been Szpakd, played some bum notes on the piano for Eurovision artists, and sat 12 hour shifts on the live stream (with some of the world’s most remarkable people on both sides of the camera).

Eurovision is intransigent, outdated, confused, predictable yet erratic, messy yet overly-processed. It is too focused on the TV show and not the music, too detached from the industry for which it should aim to be the pinnacle. Yet it is captivating in itself, and my unexpected adventures in this alternative reality have led to travels, friendships and experiences that I would certainly have never anticipated. After hanging around this thing for a decade, it can feel like you know to much to maintain the ‘magic’, but the appeal still lingers! 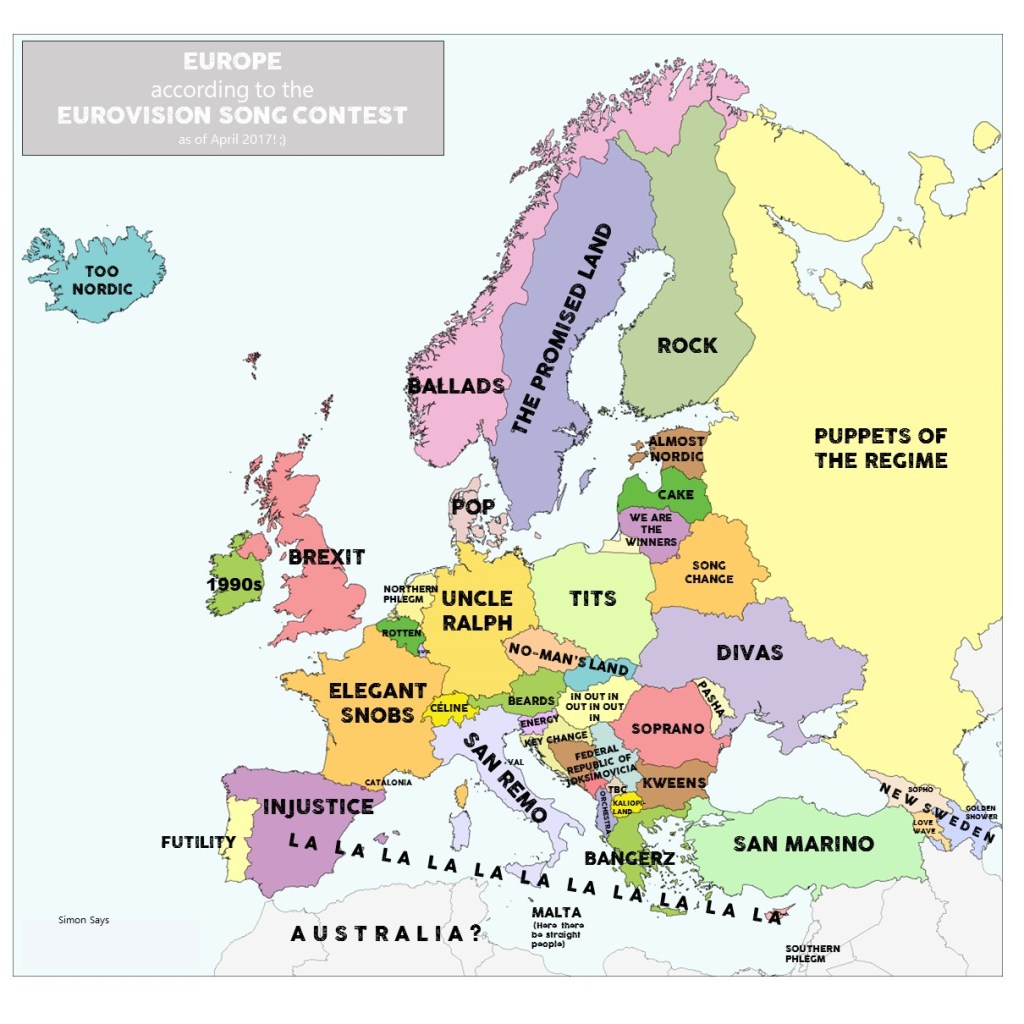 It’s not so much what attracted me to ESCXTRA, but what encouraged me and my colleagues to set it up, back in the day. We wanted a forum where we could do things our way, being honest in our views, but also keeping a focus on the music and the artists and the experience of the contests.

And finally, your top 5 Eurovision song of all-time?

Oh, bottom 5 would be easier. Can I do that?

First, a nod to the misunderstood pioneers and the king and queen of the key change, who don’t quite make the list. It’s pretty impossible to determine a ‘best’ five in the usual sense, but I can manage a ‘top’ five, as there are all sorts of reasons for something to be one’s favourite, right?

Sofs, the feeling is mutual. Only the live version will do. Anthem. #allthehashtags

Oh, but there is this version too…

Suus breaks all the Eurovision rules, and thrives on it.

Maybe it’s not aged too well, but it does the job for me. If only more artists and broadcasters could have this mindset when approaching Eurovision.

Stay tuned for the next part in our Meet the ESCXTRA team series. On Saturday we will meet Joel! Remember you can share your Eurovision stories with us in the comments section below or via the comments sections on our Facebook page @ESCXTRA. We would love to hear them!

Saara Aalto: "Sometime I really hope to do Eurovision of course!"

Norwegian starlet Sigrid talks Eurovision: "I would have pyro and a flame dress!"