According to the online newspaper Guimarães Digital, Guimarães will host Festival da Canção 2018. The national final will have Multiusos de Guimarães as the venue. Therefore, Festival da Canção won’t take place in Lisbon for the first time since 2001. The winner will be the fiftieth Portuguese representative at the Eurovision Song Contest. This information was later confirmed during the Press Conference.

Before the official announcement of the host city for Eurovision 2018, it was revealed that Guimarães will host the Portuguese national final, Festival da Canção. The information was given by Guimarães Digital, that also confirms Multiusos de Guimarães as venue. Multiusos de Guimarães was inaugurated in 2001 and has a maximum capacity of 8000 spectators. The venue was one of the candidates to host Eurovision next May. During the Press Conference it was revealed that in the next four years Festival da Canção will take place in different cities. The goal is to descentralize the competition. The Grand Final will take place on 4 March. 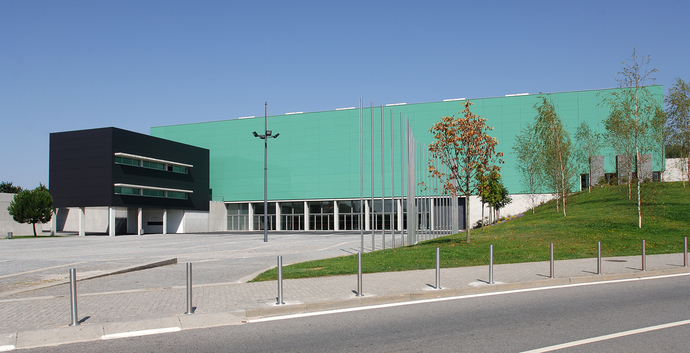 Instead of 16 songs like in the previous edition, 20 songs will compete in Festival da Canção 2018. The competition will have two Semi-Finals with 10 songs each, and a Grand Final with the 10 Finalists. The juries and televote will decide the winner with equal power. The semi-finals will take place on February 18th and February 25th.

This first edition of the national final goes back to 1964, the year that marks Portugal’s debut at Eurovision. The winner will represent Portugal at Eurovision 2018, the first edition to take part in the country, after the victory of Salvador Sobral, with the song “Amar pelos dois”.

Who do you want to represent Portugal next May? Let us know in the comments section below and via our social media pages @ESCXTRA!

“Who do you want to represent Portugal next May?” Don’t know, I’m not so much into the Portuguese music scene tbh. peixe:avião is a really great band, but the question is if they would ever dare participate in something like Eurovision? Similar bands in Denmark don’t want to have anything to do with it – which unfortunately is on of several factors strengthening the clichés about Eurovision as a kitsch-fest. But a song that goes beyond a standard pop template, just like “Amar pelos dois” did, would be great. There are many genre possibilities (rock, pop, jazz, folk etc.), but… Read more »