This new music friday contains a release from one of the big names in the Eurovision world! Sergey Lazarev released “Tak krasivo” (eng.: so beautiful), the new single from his next album, which is expected to be released this December!

Already three hours after the release, the track hit the No. 1 spot of the Russian iTunes charts!

Sergey Lazarev describes his new track in the Instragam post as follows:

The song is very moody, atmospheric, very personal and is in fact very emotional!

Furthermore he gave his thoughts on the first reactions:

And I am very happy, that opinions were divided! I’m glad that many people did not recognize me, for many this track is unaccustomed, uncomfortable. […] So I achieved my goal! I’m growing, developing, and still I can surprise you !! This is the main award and success! Thank you!!

Earlier this week Sergey and Dima went to Portugal to shoot the music video for their song “Prosti menya“! Check ESCXTRA, so you don’t miss the release of it!

Listen to “Tak krasivo”  below! What do you think of it? Would you like Sergey back in the contest with a song in the style like this? Comment in the section below or tell us what you think on social media @ESCXTRA! 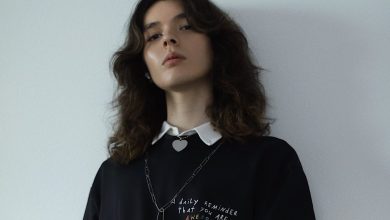