Anouk shows her voice and soul

The performance sees Anouk being striped-back and just letting her vocals do all the work.

With all the minimalistic work her voice manages to capture everyone’s attention and have all of the audience’s eyes on her.

Anouk at the Eurovision Song Contest

Anouk represented The Netherlands in 2013 with her song ‘Birds‘.

This is after years and years of requests from fans for her to represent The Netherlands. When Anouk participated in the contest, she managed to turn their fortunes around after nine years of non-qualification.

After her spectacular performance in the Grand Final, Anouk managed to achieve ninth place, which is the country’s second best result since the introduction of the Semi-Finals.

Despite being a fan-favourite Trijntje did not qualify from her Semi-Final.

What do you think of Anouk’s performance of the song? Is it the type of music you were expecting from her? Let us know your opinions and thoughts below or at social media @ESCXTRA 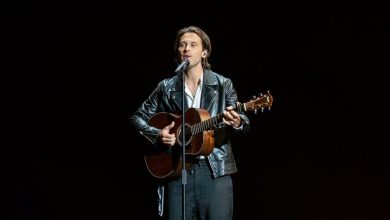 2 weeks ago
Check Also
Close
Translate us!
Our sources