The EBU has confirmed that Eurovision Young Musicians 2018 will take place next August, in the Scottish capital.
Earlier this month, Norwegian broadcaster NRK confirmed their participation in the contest, as well as announcing that the events would take place in August, in the UK. But now, we have more precision, on both the dates and the place, as well as the broadcastesr involved in Britain.

The 19th edition of Eurovision Young Musicians will take place in Edinburgh, Scotland. It is scheduled to be held between August 16 and August 24. The events will hosted by BBC Scotland and BBC Radio 3.

BBC Scotland is the scottish division of the British Broadcasting Corporation. It has three TV channels as well as two radio stations.
BBC Radio 3 is a national radio, known for its broadcasting of classical music. However, the station also broadcast music from many genres – like jazz – as well as dramas and arts features.
But BBC Radio 3 also created the New Generation Artists scheme in 1999.

Each year, 6 to 7 young artists from different nationalities join the NGA scheme for two years and are given the opportunity to perform on radio and in many events (like the BBC Proms). The scheme is one of the most important part of BBC Radio 3 policy of promoting young musicians. It is not surprising, then, that the station has been chosen to host as well.
This will be the second time the UK will be hosting since the first edition in 1982, as well as the first time ever for Edinburgh. However, the Scottish capital hosted the 1972 Eurovision Song Contest, after France and Monaco had failed to find an agreement on the matter. Indeed, Monaco had won in 1971, but couldn’t host alone due do its small size and financial means.

What is Eurovision Young Musicians?

Eurovision Young Musicians is a biennal competition held since 1982 and part of the Eurovision “Family of Events”. It was inspired by the British competition BBC Young Musician of the Year. The BBC was a major contributor to its creation, and hosted the first ever contest in Manchester.
Each country sends a young soloist, who is under 18-year-old, to the contest. The artist must perform a classical piece of their choice, accompanied by the local orchestra. At the end of the night, a jury awards points to each participant. However, the scores are not public, and the jury only reveals their Top 3 entries. The Top 3 musicians then receive a monetary prize. In 1982, the winner won £1.000, but 2016 Polish winner Łukasz Dyczko received 10.000€!
Here, you can rewatch the winner of the last edition, that took place in front of the Cologne Cathedral in Germany. Łukasz Dyczko is the first saxophonist to ever win the contest!

What do you think? Is Endinburgh a good choice? Are you interested in the contest? Do you plan to attend the contest? Tell us on the comments below or on social medias @escxtra ! 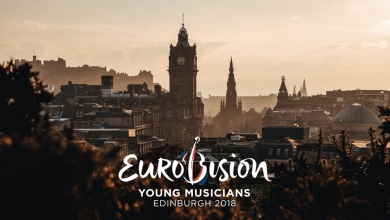 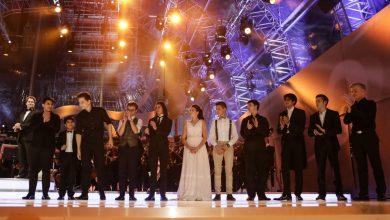