Lichtenstein’s only television broadcaster, 1FLTV, plans to make its debut at the Eurovision Song Contest in 2019.
Using the 300 year anniversary of the formation of the country in 2019 as a symbolism behind their first ever participation in the contest, the broadcaster has set this aim to help celebrate the milestone with a global audience

What 1FLTV had to say

The head of Lichtenstein’s broadcaster, Peter Kölbel, states that the microstate is currently in talks with the EBU to gain full membership which would enable their Eurovision participation.
The 300.000 Euro participation fee is expected to be funded by Lichtenstein’s marketing, foundation and public sector branches of government. Nonetheless, negotiations with different local organizations regarding additional funding are set to start next week.
However, local media is skeptical as to whether 1FLTV’s plans are affordable and realistic.

1FLTV shows its ambition when it comes to selecting its first representative. Mr. Kölbel states that they plan to stage a national selection through which they would select the singer and the song for the 64th edition of the Eurovision Song Contest.
The next step would be making the idea of “Liechtenstein Music Contest” into reality and selecting their winner.

Alongside Vatican City and Kosovo, Liechtenstein remains one of the only internationally recognized countries on the European continent that has not taken part in the Eurovision Song Contest.
Additionally, rumors regarding Liechtenstein’s debut have been circulating the Eurovision stratosphere in the last. Unfortunately, 1FLTV has previously been unable to secure the necessary funds for a full time EBU membership.
Are you looking forward to Liechtenstein’s potential 2019 Eurovision debut? Do you think they’ll manage to collect the necessary funds? Could their participation encourage Andorra and Monaco to come back? Who would you like to see as their representative?
You can share your thoughts with us in the comments section below and on all social media platforms at @ESCXTRA.

Comments on Liechtenstein’s 1FLTV plans a Eurovision debut in 2019 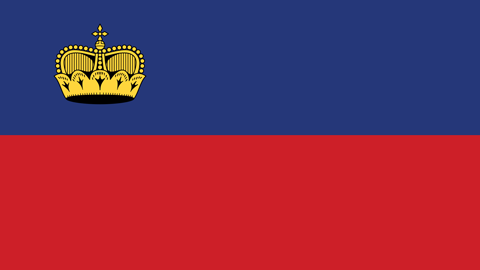