Voting is now open for the 2017 Junior Eurovision Song Contest. Yes, for the first time ever, fans from all over the world can cast their votes right now before the live show has begun. But who should you vote for? To decide, let us take you through a recap of this year’s sixteen contenders following their rehearsals.

Performing 12th on the afternoon of the Junior Eurovision Song Contest final will be Gianluca Cilia from Malta. Gianluca will be performing Dawra Tond, written by Emil Calleja Bayliss and composed by Dominic Cini.

Gianluca and his five female dancers bring fun, fun and more fun to the stage here at Tbilisi’s Olympic Palace. The staging has an orange theme, which continues into the outfits of the six young Maltese performers. Gianluca himself has fantastic stage presence and his personality makes the performance impossible to resist.
Furthermore, Gianluca certainly holds his own vocally and the entire Maltese package is perfect for Junior Eurovision. Malta has become a Junior Eurovision superpower in recent years, and that looks set to continue with Gianluca.

Online voting is open right now via junioreurovision.tv. Viewers from all over the world can vote for between three and five countries. Voting closes at 3.59pm CET on November 26th, just before the beginning of the live broadcast. Then, voting will reopen during the show for fifteen minutes following the final performance so that any final votes can be cast.

Cast your vote for Malta by clicking here!

Comments on Vote for MALTA: Here’s everything you need to know! 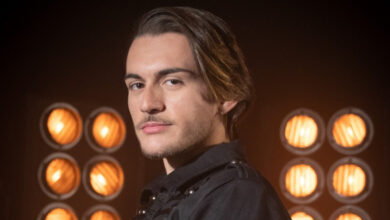