Blanche’s music career just goes from strength to strength! Earlier this year, she finished in an impressive 4th place in the Eurovision Song Contest in Kyiv. Nevertheless, City Lights certainly had a life after the contest too. City Lights has achieved multiple impressive accolades in the Flemish UltraTop music chart throughout 2017!

A time of reflection

As we reach the end of 2017, Flemish chart company UltraTop has been revealing some of the year’s most interesting chart statistics. In addition, they’ve revealed the end-of-year chart that celebrates the most successful songs on the chart throughout 2017. And yes, City Lights features very highly!

Big congrats to @blanchemusicbe for the highest Belgian single of the year in the Top 100 hits of 2017 in Flanders, all the way at #6! https://t.co/kCsz0EWk3F With 25w 'City Lights' is also the longest-running #eurovision song ever in the Flemish charts! @PIASbelgium @12_TPDP_12 pic.twitter.com/eD6o2dotPW

Blanche has proved that Eurovision and chart success can go hand-in-hand and that taking part in the world’s biggest entertainment show can be the perfect platform for long-term success. Therefore, we’re sure that next year’s Belgian representative, Laura Groeseneken, will be inspired by Blanche’s success throughout 2017!
Are you pleased to see Blanche rewarded with such success on the Flemish music charts? Furthermore, are you looking forward to Blanche’s future material? Let us know in the comments below! 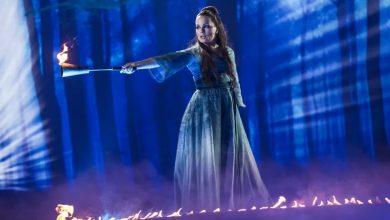