Following two semifinals and a three-hour marathon final, Eugent Bushpepa was crowned the winner of Festivali i Këngës with his song “Mall” and will represent Albania at the Eurovision Song Contest 2018. 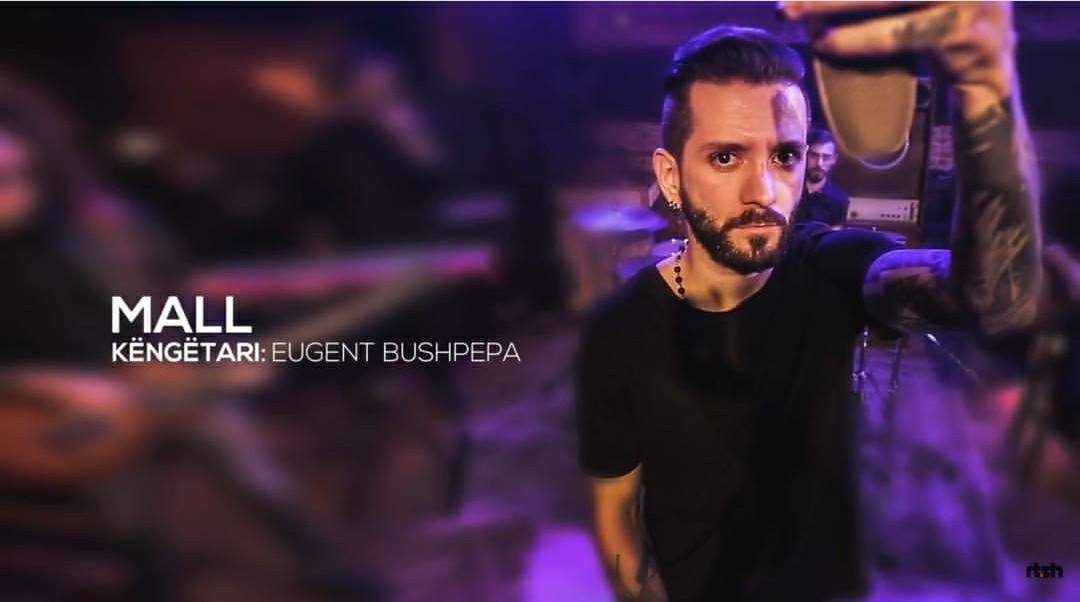 Competing in a field of 14 finalists, Eugent came out on top following some stiff competition from Inis Neziri and Orgesa Zaimi, both of whom received almost universal acclaim on social media following their performances.
Eugent Bushpepa was cheered onto stage by the audience in the arena tonight. He was then given a long, sustained ovation at the end of his performance, including a round of “Eugent” being chanted and cheered.
Whilst it seemed clear that Eugent would win the competition, the results took their time to be confirmed. The decision was made by a group of jurors who left the arena after the performances to come to a consensus on the winner of Festivali i Kënges 56.
https://www.youtube.com/watch?v=ZZmys6mhXkM
It is not yet known if “Mall” will be translated into English, but one thing is for sure – the song will need to be transformed for Eurovision as it far surpasses the 3:00 time limit that all songs must comply to.
In the coming weeks and months, we will find out how the song will be changed for the Eurovision Song Contest 2018 to be held in Lisbon, Portugal next May.
Redon Makashi came second with the song “Ekziston”. Third place went to Inis Neziri and her song “Piedestal”.

Since débuting in 2004, Albania have made seven appearances at the Eurovision final, most recently in 2015 when Elhaida Dani performed “I’m Alive”.
Rona Nishliu remains Albania’s most successful participant to date, finishing 5th in 2012. “Suus” was 2nd in the first semifinal in 2012, only behind Russia’s Buranovskiye Babushki.

Will Eugent Bushpepa be able to eclipse Rona Nishliu’s best placing for Albania at Eurovision, or is it too early to say? Let us know what you think of his song “Mall” in the comments below and on social media @ESCXTRA.