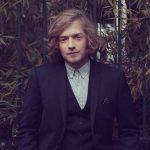 First candidate to be revealed, Malo’ (Malory Legardinier) is a 22-year-old French-Australian singer. In 2011, he went to Australia to meet his mother (whom he never knew before), and there, he recorded his first album, The Old Way.
Back in France in 2013, he started to work on his second album, with the help of singers Jean-Louis Aubert and James Winston. After four years of work, and other collaborations, he finally published his second album, Be/Être in 2017.
June the Girl — “Same” 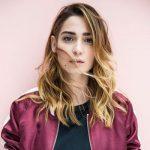 23-year-old June the Girl is a young singer from Marseille, on the south French coast. Actually called Marine, she says she created a character with June the Girl, more confident and more “solar” than she is.
After meeting music producer Antoine Essertier (producer of  the very successful singer Vianney), she recorded her first single, “I Say Love” in 2016. In early 2017, her debut EP was out, June the Girl, with four titles: “I Say Love”, “Emotionnal”, “Flying Kisses” and “Silence”.
Louka — “Mamma Mia” 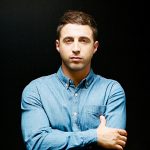 Louka is a 25-year-old singer with Italian roots: his real name is Luca Bennici. He comes from southern France, and was once a sport instructor working for the AS Monaco training center. After singing during a family dinner, he discovered he had a talent for singing, and when he was 20, he decided to leave the South to come to Paris. There, he was discovered by rapper and composer Maitre Gims, who signed him to his disc label and wrote his song for Destination Eurovision.
In 2016, he released his first single, “Gamin” (Kid), about his time as a sport instructor in Monaco.
Igit — “Lisboa Jerusalem” 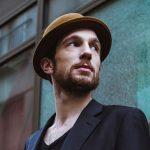 Igit’s real name is Antoine Barrau. The 32-year-old singer, always wearing a hat, lived in Canada and in Slovenia, and was part of seveal bands in his life. As such, he has alreay several singles and EPs behind him. In 2014, he took part in The Voice: La Plus Belle Voix — the same year as Amir — and reached the semi-final in Garou’s team (who will host Destination Eurovision). He released his first solo EP, Les Voiles (The Veils), in 2015, and his first album, Jouons (Let’s play), in 2017. The lattest included a duo with actress Catherine Deneuve.
Emmy Liyana — “OK ou KO” (OK or KO) 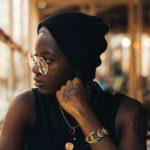 Emmy Liyana, 20 years old, his a young woman coming from Argenteuil, in the Parisian suburbs. Not feeling good at school, she found solace in music, and decided to make a living from singing. In 2016, she was spotted in a bar by Slimane, who had won The Voice: La Plus Belle Voix this year. Impressed by her, he sent her performance to the show’s producers, and she was invited to the blind auditions. She reached the first live shows before her elimination, with singer Zazie as a coach. Zazie is part of the team behind her Destination Eurovision song.
Madame Monsieur — “Mercy” 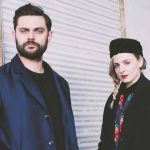 Madame Monsieur is a duo in music and a couple in life. Émilie Satt (29) and Jean-Karl Lucas (35) decided to start singing and writing together in 2010. Their usual genres? Electropop and rap, which they love to mix.
Their song, “Mercy”, tells the story of a real baby, a girl called Mercy and born aboard the Aquarius, a boat owned by NGO SOS Méditerranée, which rescues migrants in danger in the Mediterranean Sea. Mercy was born to a a Nigerian woman, on March 21st 2017, and became a symbol of hope for many.
Sweem — “Là haut” (Up there) 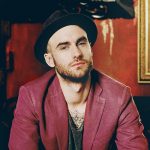 Sweem’s real name is Clément Bighelli. The 30-year-old Parisian is a singer and a songwriter, just like his father. He has quite an experience on stage, as he was part of an hip-hop/electro band, and a folk duo, totalising more than 300 concerts. He performed in a lot of festivals in mainland France, before flying to Indonesia and New Caledonia (a large French island near Australia) to perform tours there.
In 2016, he took part in The Voice: La Plus Belle Voix, in Team Mika. However, he was eliminated just before the live shows. After that, he started his solo career, and already has several singles and an EP out.
Noée — “L’un près de l’autre” (One close to the other)

Noée’s real name is Mélanie di Petrantonio. She’s 25 years old, and comes from Southern France, though, like many artists from the selection, she settled in Paris eventually. She’s a singer and a songwriter, and she believes that a song has more to say than a singer. Her style is one of French variété, mixed with pop or folk.
In 2015, she took part in La Nouvelle Star (French Pop Idol), and reached the semi-final before being eliminated. It means she ended fourth overall.
Pheno Men — “Jamais sans toi” (Never without you) 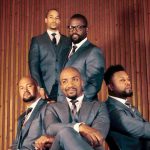 The Pheno Men is a French sould band made up of five members: Eddy, Kay, Malcolm, Opé and Tiery, who are between 28 and 39 years old. They met in a gospel choir, and decided to create their band about two years ago. All five have been greatly influenced by the Motown sound (Marvin Gaye, Stevie Wonder, the Jackson Five, etc.), but prefer to sing in French. They actually brand themselves as the first French soul band.
Lucie — “My World” 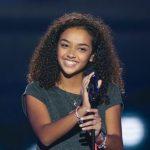 Lucie Vagenheim, 18, comes from the city of Rouen. She’s been singing since she was a child, first in the choir of Rouen Cathedral, then at the Rouen conservatory, which she entered at the age of six, where she has studied singing and dancing. She took part in The Voice: La Plus Belle Voix in 2017, ending second in the finale with 26% of the votes. Now, she opens the concerts of her The Voice coach Florent Pagny, and she studies international law to work for the United Nations.
Énéa — “I’ll Be There” 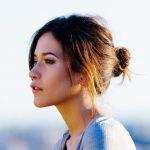 Énéa, 25, comes from the Alpine city of Chambéry. She won the NRJ Talents 2016 contest, and since, she has released her first single,“Je t’écris“ (I write to you), in September 2016. She was also a member of the French jury for Eurovision in 2017. In the second semi-final, she ranked Norway first, then Israel and Belarus. In the final, Bulgaria was her winner, followed by the UK and Norway. You can check her full rankings for the semi-final and grand final on eurovision.tv.
Her role-models are Marylin Monroe, Grace Kelly, and her great-grandmother.
Sarah Caillibot — “Tu me manques” (I miss you) 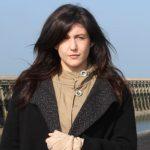 Sarah Caillibot, 33, comes from Normandy. She went to Paris in 2004, hoping to become an actress, but after she failed to enter the Conservatoire National (the national drama academy), she turned to singing. She started a career with the label EMI Publishing, after meeting singer Francis Cabrel on a writing camp he organises twice a year in Southern France.
In 2013, she took part in the second season of The Voice: La Plus Belle Voix, and went as far as the second live show after the Battles, in Garou’s Team.
Masoe — “Paradise” 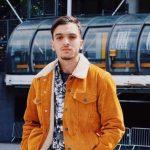 Kevin Duarte on his ID, Masoe is a 25-year-old singer from Pau (near the Spanish border), whose parents are Portuguese. He mainly covers songs, and his Destination Eurovision song, “Paradise”, is actually his debut single. It was written and composed by Jonah, HOPE and major music producer Dany Synthé, who is also a juror on the Nouvelle Star, the French Pop Idol. Dany Synthé is also a childhood friend of Masoe.
Max Cinnamon — “Ailleurs” (Elsewhere) 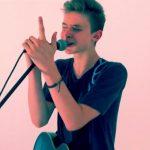 16-year-old Max Cinnamon is the youngest candidate of the selection. If he wins, he would become the first Eurovision artist to be born in 21st century (and no, that is not Kristian Kostov, since 2000 is still part of the 20th century). A violonist since he was 4, he lived in London before moving to Nice in France, when he was 11. He doesn’t have any label, and published his first album online. As such, he is one of the rare candidates to have been selected through the online public process.
Nassi — “Rêve de gamin” (Dream of a kid) 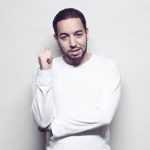 Nassi, 36 years old, is a singer and a songwriter. He started to write and compose songs at the age of 11. Later, he wrote songs for major singers like Soprano, Claudio Capéo or Kendji Girac — winner of The Voice: La Plus Belle Voix in 2014. In 2016, he joined forces with music producers Skalpovich et Tefa (producers of Indila) to start a career as a singer, singing his own songs. He released his first single, “La vie est belle” (Life is beautiful) on January 20th, 2017, and is now recording his first album.
Jane Constance — “Un jour, j’ai rêvé” (One day, I dreamed) 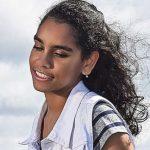 Jance Constance is a young woman of 17, who comes from Mauritius, in the Indian Ocean. Born blind, she quickly took lessons in piano and singing. In 2015, she took part in the second season of The Voice: Kids in France, which she won, with Patrick Fiori (who represented France at Eurovision in 1993) as her coach. In 2016, she published her first album, À travers vos yeux (Through your eyes).
Last September, she became an “Artist for Peace” for UNESCO
Ehla — “J’ai cru” (I believed) 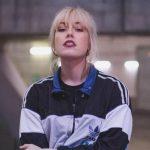 Coming to us from the south of France, Ehla (whose real name is Léa) lives in Paris now. In 2013, she left for the capital, to better seize the opportunities of a possible singing career. She sang everywhere she could, from bars, to cabaret, and even won the TV show Popstars in 2013, whith here girl’s band, The Mess. After the band disbanded, she started an actual solo career, and got noticed by slam poet and lyricist Grands Corps Malade (who wrote the lyrics of her Destination Eurovision song).
In 2017, she published her first single, “Demain encore” (Tomorrow still).
Lisandro Cuxi — “Eva” 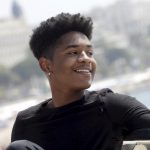 18-year-old Lisandro Cuxi has Cape-Verdean origins and was born in Lisbon, in 1999. In 2009, he moved to France with his mother (to whom he dedicates his song), in Cannes. There, he meets a music teacher, who would later become his vocal coach and artistic manager, and who sees his talent. During his teenage years, in middle and high school, he also trained hard to dance and sing (9 hours per week). In 2014, he took part in The Voice: Kids and finished second — behind Jane Constance. Three years later, in 2017, he won The Voice: La Plus Belle Voix, in the team of M. Pokora, where he impressed everyone with his dancing and singing skills.
A few months later, he released his first single, “Danser”, and his first album, Ma Bonne Étoile (My lucky star).
What do you think of this lineup? Who are your favorites? Who can win Destination Eurovision? And who can win Eurovision? Tell us more on the comments below or on social media at @escxtra !

Comments on Destination Eurovision — A guide to the 18 candidates