Swedish broadcaster SVT have revealed the Melodifestivalen 2018 running order for the four semi-finals. SVT held a special presentation live on Facebook with Christer Björkman and David Lindgren.
The running order of Melodifestivalen 2018 has long been a feature for Eurovision fans as it is often used to speculate on the acts most likely to reach the final and potentially win the contest. It is suggested for example that the last slot on fourth semi-final is given to the potential winner, however this has not always been the case. Last year the winner Robin Bengtsson was chosen to open the third semi final. 2012 winner Loreen was chosen to close the fourth semi-final with her song ‘Statements’, however the song only reached the Andra Chansen (Second Chance) round.
A lot of work goes into determining the running order of the songs. SVT considers the different genres and languages to create the most entertaining TV show. Christer and David presented the running order in the traditional colour coded sticky note system. 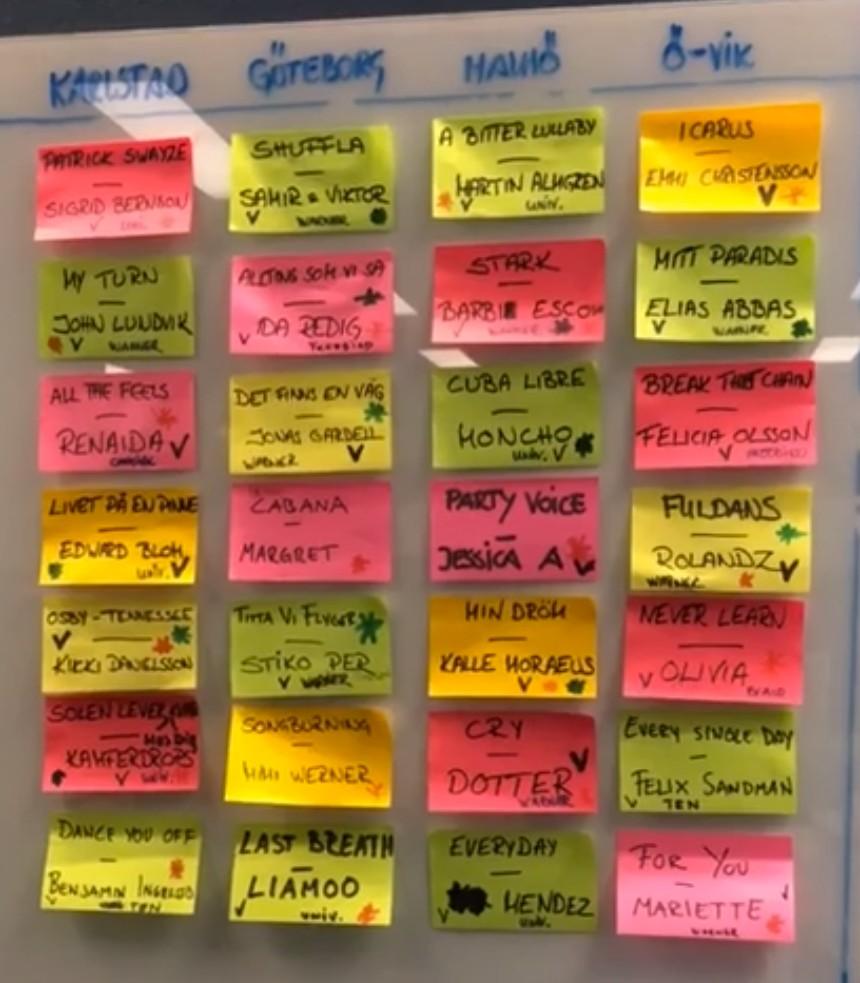 Check out our guide to Melodifestivalen 2018 for more information on the participating artists and their songs.
What do you think of the running order? Do you think anyone has an advantage or disadvantage? Who is your early favourite? Let us know in the comments below or on social media @escXtra