France 2 has just finished broadcasting the second semi-final of Destination Eurovision 2018! Four of the nine entries qualified to the final. Adding them to the four qualifiers from last week, we now have the full lineup for the final next week.

The eight acts for the Final

The Final will take place next week, on January 27th. It will be broadcast live, unlike the semi-finals, and this will allow French viewers to vote from home.

The members of the French-speaking jury are:

Here are the full results: 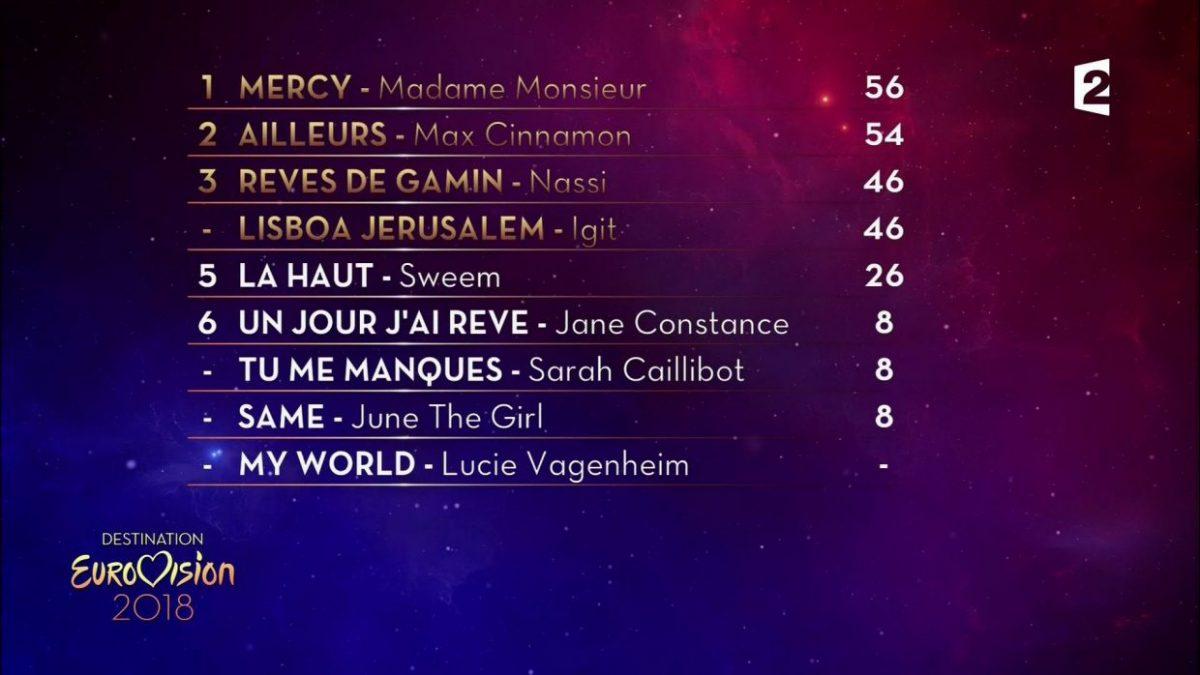 What do you think? Are you happy with the results? Who will win Destination Eurovision next week? Tell us more on the comments below or on social media at @escxtra !