It has only been around 2 months since Junior Eurovision in Tbilisi but already our favourite pint-sized Maltese Performer is back in the studio! Gianluca charmed audiences and gained 2nd place in the Public Vote for last years JESC with his smash song ‘Dawra Tond’

Posting an Instagram picture in the recording studio with Emil Calleja Bayliss, the writer of his smash JESC hit ‘Dawra Tond’ and last year’s MESC runner up ‘Kewkba’ performed by Janice, alongside Cyprian Cassar who was one half of famed DJ duo, Tenisha (ranked one of the top 50 DJ’s in the world) are we about to be treated to a new Gianluca single?

Further to this new material speculation, and thanks to a certain keen eyed reporter who follow’s Gianluca’s Instagram (cough it’s me cough), his Instagram story also spelled out the letters

Is this the name of his new single? If so it sounds like it might be able to do the impossible and be even more fun than ‘Dawra Tond’! With Bayliss back in the writer’s seat, it looks like we are in good hands to be provided a song that Gianluca will no doubt deliver with his usual charisma and wonderful voice.  Perhaps following in his predecessors Destiny and Christina’s footsteps and performing at a certain national final due to take place on the 3rd of February?
No doubts can be made that getting to know Gianluca in Tbilisi was one of the highlights of my 2017 Junior Eurovision experiences and I honestly couldn’t be more excited or proud of him to release new material. Big things definitely lay ahead for my favourite little Maltese!
If you didn’t see our interview, or Timtam Slam please check them out below!

Comments on New material from Gianluca? 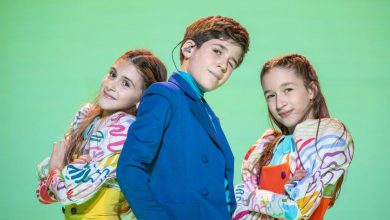