Last week in our Throwback Thursday feature, Matt Baker looked at Australia, and Dami Im’s song. Today our focus is on Bulgaria, that is, Poli Genova’s entry from 2011, “Na Inat”. Which I think is a brilliant song, that deserved a spot at the final.

Just like the earlier Throwback Thursday’s articles, this one includes input from other members of the team. In addition there is a special guest writer, the guest this time is part of the Bulgarian Eurovision team. It seems like we all agree that “Na Inat” is one of the best entries to Eurovision from Bulgaria. However, we don’t necessarily agree on what is “the best” Bulgarian entry. We have picked five of their entries, and ask you; Out of these five, which is your favorite? 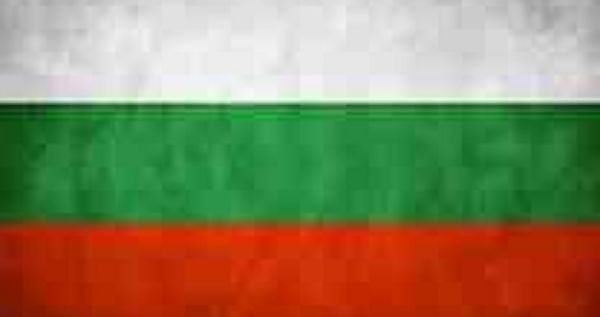 What is your favorite Bulgarian entry at Eurovision?

The debut act for Bulgaria was in 2005, when the jazz band Kaffe sang the song Lorraine. Unfortunately for them it did not reach the final. Since then, Bulgaria has entered Eurovision Song Contest 11 more times. However, they have only reached the grand final three times. In 2014 and 2015, Bulgaria took a break from Eurovision and returned stronger than ever. In the two years after their return, they have showed that they belong on the top, with a fifth and a second place at the grand final.

I guess we all have this moment when we are checking out the songs before the contest, where we find “our” song. In 2011 “Na Inat” was my song! Even though I don’t understand Bulgarian language, the song still spoke to me! Powerful and quite cool. And in fact, now when I looked at the English translation for the first time, I thought; “Of course this is what the song was about”. Sometimes you don’t need to understand the language to understand the song. That is one of the reasons I like this song a lot, the song is true to it’s purpose.

Despite a good performance and a great effort on Poli’s part, somehow the song did not reach final. It’s always a disappointment when “your song” does not reach the final. And this time I was not really ready for this to happen. As a result I had to pick a different favorite to cheer for in the grand final. And let’s just say, without going in any further detail that I, in my confusion, ended up picking the most cliche song there was that year (in my opinion). However you can’t blame me for the results, because I did support it with my phone credit.

Even though “Na Inat” did not get so far in the contest that year, Poli benefited from it. She became more known Bulgaria and also earned huge popularity within many Eurovision circles. In 2015 Bulgaria selected Genova to be the host of Junior Eurovision, where she did a fantastic job. And as you know she had a great comeback to Eurovision in 2016 with the song ” If Love Was A Crime”.

Just as for many others, Genova’s second song became one of my favorite entries in 2016. I can say this because the song earned the 4th place at the grand final. But since she entered again, I was actually able to meet her in person at LEP, which was the first time I got really involved at ESCXTRA. I think I got a tiny bit starstruck. However I quickly recovered, because she is really friendly and it was easy to talk to her.

And the best of all I got to hear her perform both of her Eurovision songs live! I might have forgotten some things from that night, but I will not forget this. Great personality and great singer. Feeling thankful she has taken part in Eurovision.

There was never any question about who we would ask to be our “Bulgarian” guest star; our very own Samantha Ross! Well, strictly speaking I guess she’s not actually ours, but let’s not worry about such petty details! She’s been a guest star on the livestream since forever, and she’s a natural part of the extended Xtra family. And as you all know; since 2017 she is also the Bulgarian delegation’s Assistant Head of Press.

Before I started working with BNT as their Assistant Head of Press in Kyiv (and now Lisbon), and before I flew to Sofia to work on the Junior Eurovision editorial team in 2015, I knew that Bulgaria would become “my Eurovision country”. As an American, we obviously can’t compete under our own flag, so when I came to my first live Eurovision in 2011, I considered myself to be an independent, free from the shackles of geographical loyalty. I loved the songs that I loved because they hit my ear in just the right way, not because I felt like I had to represent my homeland.

When I heard Poli Genova’s “Na Inat” at the Bulgarian National Final, I knew that there was something special going on. A great pop-rock track, fronted by a sassy, magnetic singer who could absolutely get her message of defiance and independence out to the world, even when singing in Bulgarian? I was hooked. And with 2011 being my first year with a press badge, I had the pleasure of interviewing Poli and her team in Düsseldorf (including the ever-fabulous ladies of LaTiDa, who deserve some applause in their own right). She was as bubbly and cool as you would have expected.. .like the quirky girl in high school who blazed her own trail, yet was still friends with everyone.

My first night at the Euroclub in Germany, I had been sitting with some friends having a bite to eat, and I realized that nearly the entire Bulgarian Delegation, including Poli and LaTiDa, were seated at the table next to me. They were all incredibly friendly and welcoming, and as we chatted and shared a round of drinks, I felt like I was part of the family. That feeling of open armed warmth has carried through every interaction I’ve had with that delegation, from shooting the breeze with Elitsa Todorova in 2013 to becoming a part of the family in Kyiv.

Even though “Na Inat” failed to reach the Finals in 2011, it not only helped Poli’s star to rise both domestically as well as among Eurovision circles, leading to a fabulous hosting stint at the 2015 Junior Eurovision, as well as a triumphant return to competition in Stockholm, where she asked the world “dai mi lyubovta”, and we were all happy to oblige. But no matter where her career leads, to me, she’ll always be the fearlessly sweet rocker chick in Düsseldorf, where I first learned that Bulgaria had my heart.

For me this was my saviour song of 2011 as it remains the only entry from that year that I still listen to (That piano rift is everything!). Poli’s debut on the Eurovision stage was a lively and energetic one and she most definitely gave us all she could for those three minutes. Watching the perfomance back now, I still cannot think of a valid reason, as to why this shouldn’t have qualified – especially given the drivel it was up against!

If we discount Bulgaria’s recent renaissance, “Na Inat” is by far Bulgaria’s strongest ever entry. It’s pretty much a perfect pop-rock entry. Poli’s 2016 return allowed me to rediscover this fantastic gem, originally released at a time when my Eurovision obsession was only just stepping up a gear… or two! “Na Inat” really deserved to qualify, but thankfully Poli got the success she deserved five years later…

This brings me to my favourite Bulgarian entry of all-time: “If Love Was a Crime”. At the time of writing, this is my most-played song of all-time on my iTunes library. What greater accolade is there? This really is the perfect dance-pop track, utterly feel-good with a euphoric ending as the trumpets (?) join in for that final chorus! This doing so well in Stockholm was one of the best Eurovision moments of the decade.

This song is like wine/cheese to me. In the beginning I didn’t really like it. However, as time went on, I appreciated it more, especially when Bulgaria withdrew in 2014. When they came back in 2016 she deserved to qualify and deserved that result. Poli definitely has etched herself in the Eurovision fandom and Na Inat will definitely be a Eurovision classic.

Na Inat! This was a highlight from 2011 and I was really disappointed it didn’t reach the final. At that time I had little interest in Bulgaria (which seems odd now!) but this was a good song and you can’t help but smile at anything Poli performs. I got P!nk vibes from the whole thing which I guess was the intention. My guess is the song being in Bulgarian is what hurt it but I had no problem enjoying it despite not knowing the language at all. It’s from that year I took a little more notice of Bulgaria at Eurovision, so when Poli and If Love Was A Crime was announced for the 2016 contest I was super excited. The rest is history as we all know

For our next week Throwback, Emanuel has picked an entry from The Netherlands. What do you think he will choose? What would you like to see?  And of course we would like to hear your thoughts and input on “Na Inat”!

Comments on Throwback Thursday; Why was “Na Inat” not in the final?