Yesterday, an online vote and a national jury vote combined chose Poland as the winner of the Junior Eurovision Song Contest 2018!

Yes, the official Junior Eurovision Twitter account revealed that a total of 1,283,921 votes were cast online over the two voting periods:

With 1,160 online voting points available, as this was the total amount of points given out by the national juries, this means that the EBU would have had to round the points equivalent of the voting percentages to the nearest point. Therefore, we have rounded our own online vote calculations to the nearest one thousand to allow for the roundings used earlier in the conversion process.

Indeed, the numbers below should be considered a close approximation. In addition, it is important to stress that the percentage figures below are not the exact percentages, rather the percentage of the total number of points (1,160) that each country received.

So, as you can see, Poland beat France in the online vote by approximately 22,000 votes. Third-placed Kazakhstan was a further 15,000 votes behind. All very interesting reading I’m sure you’ll agree!

Do these statistics surprise you? Let us know in the comments below and via our social media pages @ESCXTRA!

My first memory of watching the Eurovision Song Contest was back in 2001 and, over the years, my passion and enthusiasm for the contest has very much turned into an obsession. I adore music and I love geography, so this contest is a natural fit for me. If la la loving Eurovision was a crime, I'd certainly be a criminal!
Show one comment

ESCXTRA Editors’ Junior Eurovision Top 10: Which songs do we love? 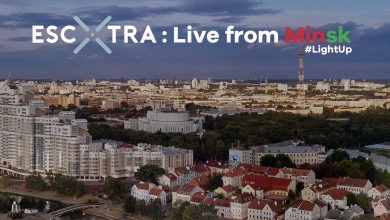