According to ESCKAZ’s source at Russia State Television and Radio Broadcasting Company (VGTRK), the artist announcement is not expected anytime soon. “Most likely it will be made in the late January or early February”.

Earlier it was stated that Russia will start preparing for Eurovision 2019 in January. It was also then said that the broadcaster has not yet decided how they will select their entrant for the Eurovision Song Contest in Tel Aviv, yet on previous years they have chosen their entries internally.

Philipp Kirkorov has been teasing Eurovision 2019 participation on his social media throughout the year. Most recently he posted a picture of composer Dimitris Kontopoulos on his birthday saying “I can’t wait for our next adventure next year in Israel”. This suggests the team has been in talks with some broadcaster already.

Most recently the team worked with Moldova’s DoReDos in Lisbon. They also worked with Russia in 2016 and 2014. Their best placement came with Ukraine and Ani Lorak in 2008. “Shady Lady” was composed by Kirkorov and produced by Kontopoulos and it finished second behind Russia’s “Believe”.

Russia has been struggling at Eurovision over the past two years. In 2017 they were forced to withdraw and in 2018 they failed to qualify to the final, for the first time since the introduction of the semifinals.

Before this Russia was one of the heavyweights of the contest. Russia won the contest in 2008, when Dima Bilan represented the country with “Believe”. They also finished second three times, in 2006, 2012 and 2015.

In 2016 the country was represented by Sergey Lazarev, who got the highest points from the televoters, but finished third overall. Lazarev has been rumoured to return to represent the country in 2019.

Other highly rumoured names include The Voice of Russia 2016 runner-up Aleksandr Panaiotov. Aleksandr competed in Russia’s national selection in 2005, 2008 and 2010. In 2009 he also competed in Ukraine’s national final and finished second with “Superhero”.

Who would you like to see representing Russia in Tel Aviv? Let us know on social media @ESCXTRA! 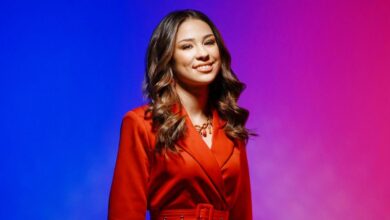