It seems as if people all across Europe were “All Aboard!” with this year’s Eurovision! Every December, Google published the search trends for each country and, just like last year, Eurovision itself and related topics have appeared on lists in many countries! Let’s take a look what Eurovision-related searches have been popular this year on Google!

‘Eurovision’ was a popular search

Searches about the contest itself were a common appearance in many of the search trend lists this year. The term ‘Eurovision’ reached various top 10 most-searched topic lists across Europe in the categories of music, events and in general.

Eurovision wasn’t the only event that made lists across Europe though. National selections also made top 10 lists across Europe including Hungary’s A Dal, Italy’s Sanremo, Latvia’s Supernova, Slovenia’s EMA, Spain’s Operación Triunfo and Sweden’s Melodifestivalen.

It wasn’t just the contest and national selections that were searched about a lot. Many of the Eurovision artists made it onto Google Trend lists across the continent. 2018 winner, Netta Barzilai, was heavily searched for in Israel – she was in fact the most-searched for term in the music section, the second-most searched for person, and the fifth-most searched ‘search’ in general.

The only act to appear on a list outside of the country they represented was Eleni Foureira who didn’t appear in Cyprus’ search trends but instead, she appeared on Greece’s trends as the tenth most-searched celebrity.

What if the results were determined by searches?

Just like in 2016, Maarten Lambrechts of the Google News Lab has worked out who would have won Eurovision if it was based on the number of searches. Surprisingly, the winner would have been Norway who were represented by former Eurovision winner, Alexander Rybak. Israel would have finished in second place with Cyprus in third.

Marteen Lambrechts also found out that, per capita, the most actively searching country about ‘Eurovision’ is Iceland, who actually finished in last place at this year’s contest.

Let us know in the comments and on social media @ESCXTRA.

After joining the team in 2018, I've been lucky enough to cover four Eurovision seasons and I'm excited to see what 2023 has in store for us! I'm a music enthusiast, but also enjoy learning - so you'll likely find me in a classroom or listening to the best new music!
Show one comment

Comments on Eurovision continues to dominate Google Trends in 2018 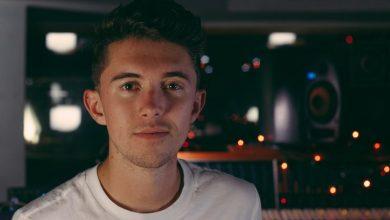