Three weeks after his victory in Destination Eurovision 2019, Bilal Hassani has released the official videoclip of the French entry for Eurovision 2019 in Tel-Aviv.

The videoclip was released yesterday. Storytellingly speaking, it deviates from the lyrics video (which has already reached 10 million views on Youtube). The latter was focused on Bilal’s childhood and teenage years, his past, with personnal video archives, giving a strong focus on the sentence “Moi je suis le même depuis tout petit” (I am the same as I was when I was a little child). The videoclip, on the contrary, focuses on the 19-year-old Bilal, portraying him as a singer performing in a theater (with his wig, obviously), with various cuts to Bilal singing and playing the piano in a large room filled with light.

The team behind the videoclip is actually not unfamiliar to Eurovision fans. The video was produced by La Sucrerie, the production studio of music label Low Wood. As such, they have also produced the videoclips for “Mercy”, and “Comme une grande” from Madame Monsieur, as well as Emmy Lianna’s videoclip for “OK ou KO”.

As such, the clip directors (R&D) have also directed the videoclip of “OK ou KO”, as well as Mazy’s “Oulala” videoclip, a song that took part in Destination Eurovision 2019, but failed to make it to the final.

What do you think of the videoclip? Do you like it? Did you have other ideas for the production? Tell us more in the comments below or on social media at @escxtra!

I'm a recent, yet big Eurovision fan, and an ESCXTRA Editor since August 2017. I love following national selections and live tweeting on Destination Eurovision for ESCXTRA. Outside of this nice Eurosphere, I'm a "fan" of the audio medium, from radio podcasts to commercialy-released audios. I'm also a recent Ice Hockey fan and a pre-master student at the ESSEC Business School. 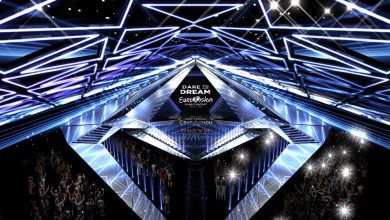