We’re back with our brand new feature courtesy of the team at the My Eurovision Scoreboard smartphone application! It’s time to bring you this week’s look at the views of their community members. Trust us, this is the ranking to keep track of… the app has been downloaded over 100,000 times! Now, it’s time to see how things have changed since our last update on 23 March…

What is My Eurovision Scoreboard?

Click below to download the app for free right now from the Apple iOS store or the Google Play store!

With the addition of more than 1,300 new sets of rankings, and many users inevitably editing their rankings, we can see some changes between the rankings recorded last weekend and from this weekend. More than 16,300 people have now allocated their points in the My Eurovision Scoreboard app this year and is the most representative fan ranking out there!

These are the My Eurovision Scoreboard community rankings as recorded from the app at 6.30pm CET on 30 March. Here is your chance to look at how many points each country has added to their scores, and how many positions each entry has gained or lost since our last update which used statistics recorded on 23 March.

Make sure to check back each week for a unique look at who the Eurovision fan community are rating… or not! Which countries are moving up the rankings? Who are the biggest climbers and fallers? You’ll find out everything right here! And soon, we’ll start taking a closer look at the semi-final leaderboards too…

Previous editions of the My Eurovision Scoreboard feature 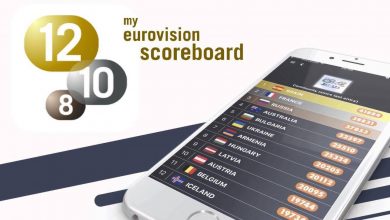 20th April: Rounding up the latest My Eurovision Scoreboard community

27th February: Rounding up the latest My Eurovision Scoreboard community

20th February: Rounding up the latest My Eurovision Scoreboard community