Now, before we kick off with our analysis, we need to look at how these odds work. Basically, the lower your odds, the higher the chance of victory.

A quick example: Currently, Switzerland are noted as third favourites to win. They have odds of 5/1. That means that for ever €1 you bet, you win an extra €5 if Luca Hänni does indeed win the Eurovision Song Contest in Tel Aviv. Contrary to those odds are the odds for Montenegro. D Mol find themselves in last place at the moment, with odds of 400/1. If D-Moll were to win Eurovision 2019, you’d get €400 for every €1 you bet.

Bookmakers are out there to make a profit. That’s why the more likely events will pay out less than something rather unlikely. It’s important to note that bookmakers don’t just decide how to rate each song. They respond to what is happening. The flow of money is key here. If a lot of people start putting money on Cyprus to win, it will start shortening – once again, when people bet, it’s looking like a more likely event, so the odds drop. At the same time, if the money flow stops, odds will start to drift, as it seems less people believe in a certain event.

Obviously, betting agencies don’t just look at their own screens. They will always keep an eye out for the other bookmakers. They will then follow the trend, to make sure their own balance is fine. When looking at other factors, they will also take into account how the country has performed at Eurovision. That’s why you’re more likely to see Russia and Sweden up there than Montenegro and North Macedonia.

For our analysis of the betting odds, we’ll be looking at the odds provided by EurovisionWorld. We will use fractional statistics for the posts.

Since our first article on 20 March, The Netherlands have stabilised their first place with the bookmakers. Their odds have continued to shorten, with the countries following Duncan Laurence jumping back and forth. With over fifteen bookmakers being used by EurovisionWorld, it is a most reliable source for these rankings.

We will be back with an update of the bookmakers’ odds next week after the London Eurovision Party. Many wonderful acts will take to the stage tomorrow night at Café de Paris in Central London. Will the intimate setting there impact some of the acts taking part?

Previous editions of the XTRA Odds:

The Xtra Files 2019: We review Estonia’s ‘Storm’ by Victor Crone

XTRA Odds: Switzerland resurges as the Netherlands continue to shorten 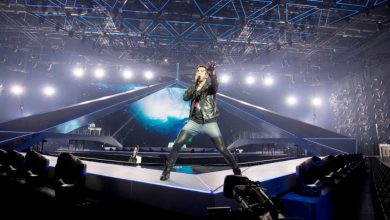 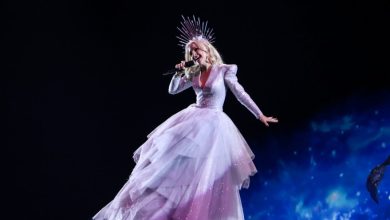 XTRA Odds: The sky is the limit for Australia’s Kate Miller-Heidke