Although summer is regarded as the ‘off-season’ in the world of Eurovision, it is often the time where broadcasters confirm their participation for the subsequent contest. It is also a time where broadcasters from previously-withdrawn or speculated countries confirm their non-participation. Following Andorra’s RTVA confirming that the micro state will not return next year, Slovakia’s RTVS has the same unfortunate news.

The recent success the Czech Republic in the most recent two editions of the contest, has stirred some hope that neighbouring Slovakia may return to the contest in the foreseeable future. It’s worth noting that, like the latter, the Czech Republic had an unfortunate start to their participation journey, before securing two consecutive top 12 finishes in 2018 and 2019.

We do not plan on participating next year as the proportion of broadcasting to audience interest and interest rating is inadequate.

The central European country has quite a poor track record when it comes to Eurovision. Slovakia debuted in 1994 and have participated on only seven occasions. Their best result to date was 18th in 1996 with Marcel Palonder and “Kým nás máš”. Between 1998 and 2009, Slovakia did not participate. However in 2009, they returned with Kamil Mikulčík and Nela Pocisková. They only managed to achieve 18th place in their semi final and thus failed to qualify for the final.

In 2010, one of the Slovakia’s biggest pop stars, Kristína, represented her country and despite being among the favourites, she also failed to qualify and came 16th. Despite this, she still remains a big name in Slovakia and her entry is among the most watched ever on the official Eurovision YouTube channel. The national final performance has over 17 million views.

Slovakia participated on two more occasions, in 2011 and 2012 respectively. However, on both occasions, they failed to make the grand final. Max Jason Mai, Slovakia’s 2012 representative, came last in Baku, giving the country their worst ever result ever. In 2013, RTVS withdrew and has not returned to the contest since, blaming financial difficulties.

Are you disappointed Slovakia is not returning? What was your favorite Slovak entry? Do you think they will ever return to Eurovision? Let us know! Be sure to stay updated by following @ESCXTRA on Twitter, @escxtra on Instagram and liking our Facebook page for the latest updates! 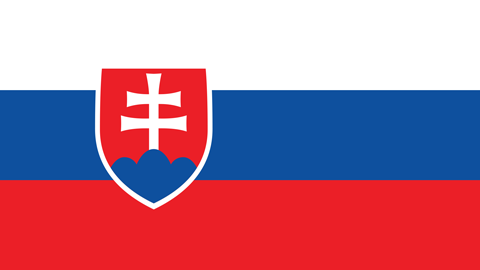