As our team continues to grow, it means there are more of us that you can get to know! Therefore, we will continue to bring back our “Meet the ESCXTRA team” feature each time we have someone new for you to meet. What is our personal Eurovision story? Why did we want to be a part of this website? What are our favourite Eurovision songs of all-time? Also, how can you get in touch with us on social media? Read on to find out!

I am a 19 year old college student and eurofan from the United States (*holds for groans*). I am originally from a small town in Kentucky, but in the fall of 2019, I will start my sophomore year at Columbia University in New York City studying political science and human rights. I also need to admit that this article is about ten months late because I actually first joined in August 2018 but shhh don’t worry about that.

Starting in about 2013, I became increasingly disinterested in the American pop music scene. My mom had raised me listening to older music of the seventies and eighties, and one of the groups that I had latched onto hard was ABBA. I was doing research on them for a school project and read that they had won the Eurovision Song Contest in 1974. Not knowing what it was, I clicked on the hyperlink. What started out as a random curiosity ended up being the one thing that consumed me to this day.

Now, I had head a few Eurovision songs before this. “New Blu Dipinto Di Blu” was familiar to me because of my mom’s own obsession with Dean Martin. “Eres Tú” also was on the radio on occasion. And of course, Waterloo had been one of my favorite ABBA songs ever. But when I fell hard for Eurovision, I was exposed to a whole new world of music, which is just what I had been searching for.

My first Eurovision that I watched live was 2014, and watching my personal winner, Conchita Wurst, raise that trophy, I knew I was hooked. I still struggled to keep up with all the national selections in 2015, but after that was when I became more invested in the fan community, on Instagram in June 2015 and Twitter in May 2016. 2015 was my first Junior Eurovision and 2016 was the first year I actively started following national finals.

At the same time, I kept enriching my knowledge of the classic contest. My love for the music of the past never shrunk, even as my appreciation for the modern contest grew.

Now as much as I love Eurovision, that does not means I haven’t been frustrated from time to time. My last place won in 2015. In 2017, only two songs in my top 10 made it to the final. But every time my allegiance to Eurovision is tested, I refuse to let any unpleasant results kill my love for this contest.

Believe it or not, I had actually been accepted to write for a different Eurovision news outlet as early as 2014. However, even though I was given credentials, I never made any use of it. Years later, I had regretted never writing for that outlet and looked to write again. I had been reading ESCXTRA for a while and thought that their voice and style was up my alley. In the summer of 2018, I applied to be on the team, and by August, I had been accepted and started writing!

And finally, your top 5 performances of all time?

I actually chose my top 10 because I couldn’t cut off at my top 5. And this is MY Meet the Team article so there.

My fifth place goes to my favorite entry of the 1980s. This song is the epitome of the 1980s in Eurovision. It’s fun, danceable, oozing with cheese, and has an entertaining performance. The 1980s was a golden era for Yugoslavia in general, and this is the capstone of a decade of great music.

I have a soft spot for North Macedonia in Eurovision, and especially for Kaliopi. All three of her attempts at Eurovision (including 1996) are very special to me, but “Crno i Belo” is absolutely amazing. The composition can’t be faulted, and of course, Kaliopi is an outstanding vocalist. She does what she does best, and it really shows here.

Now, as I said previously, I was originally only a fan of the older stuff. But this song ended up being my gateway into not only the newer contest, but newer genres in general. I can’t really describe how this song makes me feel, but I definitely feel something. And the performance was (no pun intended) out of this world. A truly robbed masterpiece.

This list would be incomplete without the most iconic Eurovision song of all time and the reason that I’m a Eurovision fan in the first place. As the chanson was slowly coming out of favor in the 1970s, it was only a matter f time that a song like this would win Eurovision. ABBA revolutionized the contest through their music, choreography, and outfits. Without this entry, Eurovision would not be the same. And for the longest time, I thought that there would never be a song that could beat “Waterloo” in my personal ranking. Until the final song in the list graced the stage.

This song has aged like wine, and I feel like it winning the contest has become less divisive in the past three years. Nevertheless, “1944” is my favorite Eurovision song everywhere. This wasn’t even my winner of Vidbir when this song was chosen. But as 2016 went on, I fell in love with this touching piece. Everything about it comes together to create something magical, and no one else I’ve seen has done so as flawlessly as Jamala has. She changed the game as well, but almost in the opposite way as ABBA. She proved that serious, thought-provoking music has just as much of a place at Eurovision as the campy stuff, and you can see that through the success of songs like “Amar Pelos Dois” and “Arcade.” She’s still my problematic fave, and will be for the foreseeable future.

Where to find you on social media? 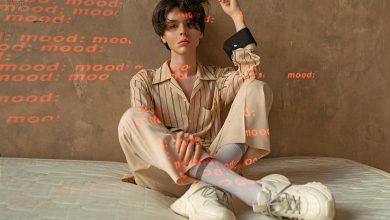 🇧🇬 “It was like a rollercoaster for me, I don’t even remember much” – Kristian Kostov on Eurovision 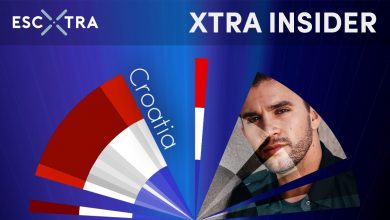 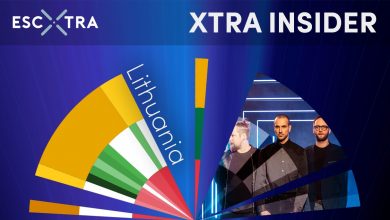