Yigal Unna, Director General of the Israeli National Cyber Directorat, told Nine News Australia this week that a cyber attack on the Eurovision Grand Final in May was stopped with seconds to spare.

Talking to Nine News Australia at Cyber Week at Tel Aviv University, Yigal Unna revealed that a cyber attack was prevented by a specialist cybersecurity team during the transmission of the Grand Final on May 18th.

The attack would have broadcast a reportedly graphic and grim video to Eurovision viewers worldwide. With speculation that it would have shown missiles hitting Tel Aviv.

The video was described by Unna as “an ugly one” and was extremely close to being inserted into the worldwide transmission by foreign based hackers.

“”It was about as close as you can get without it going to air,” he told Nine News.

Reuters reported that “Kan’s webcast cut to animated satellite footage showing explosions in Tel Aviv set to a menacing soundtrack.” As well as a message appearing on screening stating “Israel is NOT Safe! You Will See!”

Unna explained that these cyberattacks were further examples of threats targeting large-scale events.

“Mega events attract a lot of attention from all over the world and people want to abuse this attention,” Unna said at Cyber Week. “And the threats coming from cyberspace are getting more severe as we speak”.

He said to Nine News that organisers needed to take cybersecurity risks into account when designing events, and a cyber response team should be physically present at the venue to deal with emergencies – like they were at the Tel Aviv Grand Final in May.

Thankfully the Grand Final cyber attack was prevented – but gone are the days where security and organisers had to worry more about stage ‘attacks’, such as those seen during the performances of Daniel Diges and SuRie.

Instead, cyber attacks on a more severe scale will be of a more pressing concern to organisers and security at future Eurovision Song Contests.

My name is Alexi and I'm a UCL graduate studying for a MSc at the University of Edinburgh! A fanatic of the Eurovision Song Contest, I did my undergraduate thesis on the show. A freelance journalist, my writing tends to focus on human rights and current affairs, and now, Eurovision! 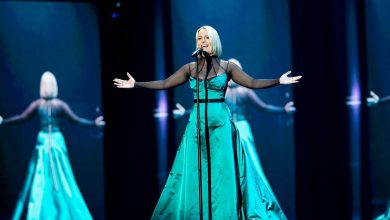