On Tuesday, 10 September, Cornald Maas and some other members of the so-called ‘Magic 100’ were guests at ‘De Wereld Draait Door’. A talk show on tv-channel NPO 1. Among the members were Emma Wortelboer, Kim Puttens, Lucien Spee and Rick Brink.

The Magic 100 is a college that got established just after the announcement of the Eurovision 2020 host city. This group of people wants to organize the entire song festival in the best possible way.

Rick Brink is Dutch Minister of Disabled Affairs. As a part of the Magic 100, he wants to take the disabled Eurovision enthusiasts into account. He wants to ensure that everyone can follow this show optimally. So he, for example, addresses the deaf interpreter. AVROTROS broadcasted previous Eurovision editions on two TV channels, one of the channels included a deaf interpreter. The presenter of DWDD looked back to previous Eurovision moments in which the disabled were put in the spotlight. For example the rock band from Finland in 2015 and the interval act ‘Shalva Band’ during the second semi final in Tel Aviv. Another idea that Minister Brink came up with was to add a disabled person to the presenter team. If The Netherlands makes this idea a fact, it will at least be the very first time.

Kim Putters points out that the Song Contest is a very important platform to put your country in the spotlight. Show what the Netherlands stands for. He himself is very enthusiastic about Eurovision in the Netherlands, because that brings a positive atmosphere to the population. The countdown to such a big event creates a boost in motivation to go for something as one country.

The aim of the Dutch is to dress up the upcoming Eurovision in a modern way. Go away with those pre-chewed jokes and cliché stereotypes like cheese or windmills. Cornald Maas adds that full sound should be included, but he wants to focus primarily on the things in which the Netherlands currently excels, design and innovation. For example, he thinks of the famous DJs who live there, dance groups, perhaps a touch of musical. All these ideas were thrown on the table during the talk show.

Ideas regarding the opening, postcards and presenters

Opening of the show

It was clear that the Magic 100 is already fully engaged in brainstorming sessions for the Eurovision of 2020. They were able to tell some of the ideas they had already discussed during De Wereld Draait Door. Kim Putters had the idea to reconcile with Maastricht by involving them in the opening. André Rieu starts on the Markt in Maastricht with a performance for the people of Maastricht, later DJs in Ahoy take over the music and so Eurovision can start. Another idea came from Lucien Spee. He added astronaut André Kuipers to the opening. The concrete idea was to start from space and then to go to Ahoy with André.

As far as presenters are concerned, Cornald Maas wants no more than three on stage. Names that are often mentioned are Eva Jinek, Dionne Stax, Jan Smit and Linda De Mol. Cornald is very fond of Eva Jinek as the perfect presenter because he thinks she has the star allure and the ability to improvise to handle such a big show.

Last but not least, it was about a potential theme for the upcoming Eurovision in Rotterdam, but that was not really thought through. The presenter of DWDD looked back on the themes of the past five years. Some quick ideas: ‘Love Is All There Is’ and ‘Connecting Differences’, but nothing has been decided yet. So we have to wait a bit longer for more news and the first completely finished cases.

What could be an ideal theme for Eurovision 2020? Let us know in the comments below!

Plan to put 'Brandgrens Rotterdam' spectacularly in the spotlight during Eurovision 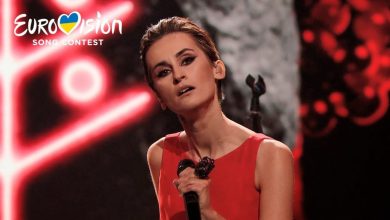 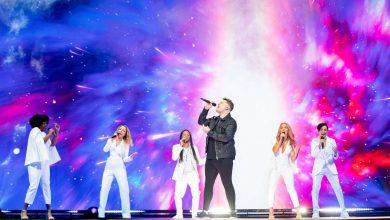 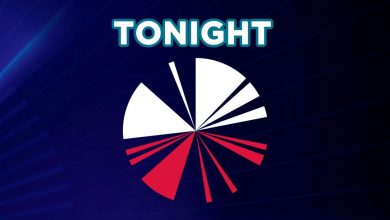 10 hours ago
Check Also
Close
Translate us!
Our sources