After an eventful summer and having the honour of having her song ‘Dance Like Nobody’s Watching’ as the official Pride in London song. Saara Aalto is back with her new single ‘Starry Skies’ which is taken from her upcoming international EP ‘Fairytale’ which is due to be released at a later date.

You can now listen to Starry Skies on the following platforms:

I don’t wanna leave here till the sunrise

Underneath a billion starry skies

And I still remember you and me together

On the night that we got started underneath those Starry skies

As ‘Starry Skies’ was released, Saara commented on how it’s one of the best songs she’s written.

I feel like it’s one of the best songs I’ve ever written. So personal. About your first love. When it’s too cold to stay outside but you’re still there waiting for your first kiss.

Saara Aalto on the release of Starry Skies

We hear a more acoustic, and more stripped back Saara on Starry Skies. Combine this with Saara’s sweet vocals, Starry Skies makes perfect listening for the winter nights upcoming ahead.

Saara will be heading on a Finnish tour once again, in the lead up to Christmas. She will be touring her “Fairytale” tour around 17 venues in Finland in December which includes a stop in her hometown Oulu on December 10th and the capital city, Helsinki, on December 16th.

After numerous attempts at representing Finland at the Eurovision Song Contest, Saara finally had her wish granted when YLE internally selected her to represent Finland in Lisbon in 2018.

After performing three songs at UMK: Saara Aalto, the jury and the public selected ‘Monsters’ as Saara’s entry. She placed 10th in her Semi-Final, thus bringing the country back to the Final after three years of non-qualification. She placed 25th overall in the competition.

Have you listened to Starry Skies? Will you be watching Saara on her upcoming Finnish Christmas tour? Let us know in the comments section below or at social media. Be sure to stay updated by following @ESCXTRA on Twitter, @escxtra on Instagram and liking our Facebook page for the latest updates! 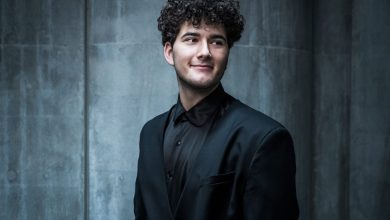