The twelve artists and songs revealed tonight were as follows (in announcement order):

Amongst the pre-selection jury were former Estonian Eurovision representatives Ines and Birgit as well as previous Eesti Laul favourites including Daniel Levi and Maiken.

The most notable is arguably former Eesti Laul winner Laura, who won with “Verona” alongside Koit Toome in 2017. Additionally, Stig Rästa’s band Traffic is amongst the line-up for the first time in a number of years. Joining them are a number of previous Eesti Laul , including STEFAN and Uku Suviste from this year’s competition and Rasmus Rändvee.

Eesti Laul 2019 winner Victor Crone is a co-writer of Traffic’s entry, alongside the Stig Rästa. 2013 winner Tanja is amongst the authors of Little Mess’ Without A Reason. For a full list of songwriters and producers, please click here!

The songs will be released on November 30th. Check back tomorrow for the announcement of the remaining entries! 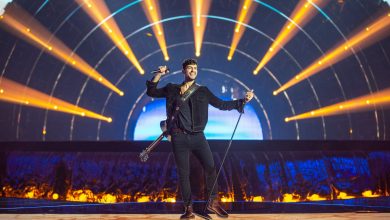