Polish singer-songwriter Lanberry has just secured her second consecutive victory at the Junior Eurovision Song Contest, after co-writing “Anyone I Want to Be” for Roksana Węgiel in 2018 and “Superhero” for Viki Gabor in 2019. Now, she has revealed that she would “never say never” to taking part in the adult contest for Poland.

Back in 2017, Lanberry made her first attempt to represent Poland at Eurovision with the English version of her massive national hit “Piątek”. Titled “Only Human”, she entered the national selection Krajowe Eliminacje as one of the favourites but ultimately placed 6th. Kasia Moś was victorious with “Flashlight”.

Speaking to eurowizja.org following Poland’s win in Gliwice at the Junior Eurovision Song Contest on Sunday, Lanberry reveals she would never rule out attempting to represent Poland once again:

When it comes to representing Poland at Eurovision, I can definitely say one thing – I do not say no. However, I do not know if [I will try to represent Poland] this year but I will think about it.

Lanberry was also asked a similar question in the lead up to Junior Eurovision 2019 on Polish breakfast television. There, she responded similarly:

I am tempted to try again. I don’t know whether to go to Rotterdam, but generally I always say: never say never! Maybe someday I’ll try my hand again.

The former X Factor contestant also suggested she’d like to write a Eurovision song with her “Anyone I Want to Be” and “Superhero” co-author Patryk Kumór. Maybe she could score her third Polish Eurovision victory as writer once more?

Lanberry’s most recent English-language single “Heart of Gasoline” can be listened to below! 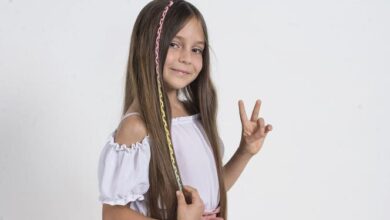