Romania’s broadcaster, TVR, has revealed that discussions are still ongoing with regards the Romanian selection process for Eurovision 2020, with knowledge on how they will select an entrant lacking.

Speaking to Eurovoix, the broadcaster has said they expect to make their decision on the official Romanian selection process for Eurovision 2020 soon. The notable part of this is that the lack of confirmation means there could be a possibility that Selecția Națională, which has always been used to select Romania’s entrant in the past, might not be the format chosen. An internal selection remains a possibility at this stage.

Last year, Romania opened calls for songs for Selecția Națională in November. The lack of announcement at this stage is spurring on rumours of what their eventual selection process will be.

Romania first debuted at Eurovision back in 1994 with Dan Bittman, who finished in 21st place with 14 points. After failing to qualify in 1996, the country returned in 1998 finishing 22nd. Since 2002, they have never missed a contest and throughout their history enjoyed good results and qualification rates. However, they have yet to win the contest. So far, their best result is the 3rd place achieved twice in 2005 by Luminita and Sistem in Kyiv and in 2010 by Ovi and Paula Seling in Oslo. When entering, they only missed the final in two occasions in 2018 and 2019. The latter, Ester Peony reaching 13th place in the semi, is Romania’s worst result to date. Could their failure in the last two years be influencing this late announcement?

Do you think Romania will continue using Selecția Națională as the Romanian selection process for 2020? Or will it be an internal selection for Romania? Is Romania’s recent lack of success a factor in this late announcement?

I like the heavy and weird entries in Eurovision. I also like stats and diving deep into Eurovision stories. My picture is not of me. 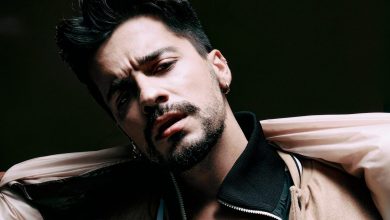