Greek broadcaster ERT have announced plans to select their act for Eurovision 2020 “before the holidays”. With Christmas just around the corner, it is seemingly unlikely this will happen in time, but with this news, we can expect the artist announcement to be imminent.

The aim is for a return to the top 10

The broadcaster have selected a five-member committee panel to work on selecting the Greek act for Rotterdam in 2020. The job of the panel members is to deliver their opinions and proposals on who should represent Greece in Eurovision to ERT’s board of directors. The five members who make up the panel are:

According to announcements by ERT, they say that they want to select their artist by Christmas to make sure they have the best possible time to prepare their entry for the 2020 contest in Rotterdam. After not reaching the top 10 since 2013, they aim to work hard on their act to make a return to the top 10 when they compete in The Netherlands next year.

Greece in the Eurovision Song Contest

Greece made their debut in the Eurovision Song Contest in 1974 with “Krasi, thalassa ke t’agori mou” by Marinella. She finished in 11th place with 7 points. Greece’s first top 5 finish came in 1977 when Paschalis, Marianna, Robert and Bessy performed “Mathima solfege”. This remained the country’s best result until Kleopatra equalled their fifth place finish in 1992.

Greece seen the majority of its success in the 2000s finishing in the top three on four occasions – 2001 with Antique, 2004 with Sakis Rouvas, 2005 with Helena Paparizou and 2008 with Kalomira. Greece’s one and only win, to date, came in 2005 when Helena Paparizou took “My Number One” to victory with 230 points.

In Tel Aviv, Greece were represented by Katerine Duska who performed “Better Love” which finished in 21st place with 74 points. It was also the sixth year in which Greece did not get higher than 19th place in the contest.

Do you think Greece will select their act in time? Who are you hoping to see represent Greece in Rotterdam?

Let us know in the comments below or on social media @ESCXTRA.

Amanda Tenfjord releases ”All In” 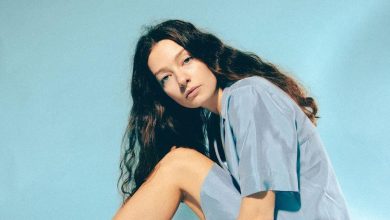