Last year Christer Björkman announced that plans for an American version of Eurovision had been set in motion. Now more information about American Song Contest have been revealed.

A mixture of new stars and established artists

“It should be a mixture of new stars and established artists. The fact that it’s new music is completely new to them, because all the other formats are covers.”

Furthermore, Björkman confirmed that the idea is that every state will be sending their own entry. He noted that regions have their own musical identities and he anticipates a variation in music genres.

As ESCXTRA reported last year, ten US networks have expressed interest in the song contest. However, nothing has been set in stone yet, and the producers are yet to sit down with the different networks.

“During the winter, hopefully after [Melodifestivalen], we’ll start meeting with the different TV networks. Towards the summer I think we’ll know if it will happen and in which way.”

Later on, Björkman was featured on Schlagerprofilernas podcast where he shed light on the format of the contest. Because of the vast number of states, the contest will be held continously for a period of time.

The contest will travel through multiple cities before the two week finale in the same location. Björkman says that it will be a combination of Melodifestivalen and Eurovision Song Contest.

America and the Eurovision Song Contest

Logo TV previously broadcast the contest in an attempt to introduce the American viewers to the contest.

Since then, Netflix acquired the rights to add the show to their US streaming service. In addition, Netflix’s comedy movie “Eurovision” will premiere sometime this year.

Are you looking forward to American Song Contest? Do you think it’ll be a success? Let us know in the comments below and on social media @ESCXTRA. 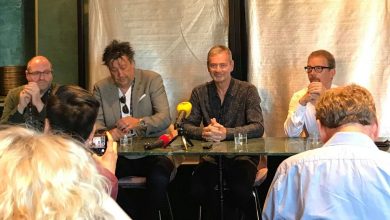 🇺🇸 American Song Contest! What we know so far