Earlier this year, Elisa won the Portuguese ticket to the 2020 Eurovision Song Contest that was due to be held in Rotterdam. “Medo de Sentir” placed second in both the televote and the national jury vote in March’s Festival da Canção. Once the votes were combined, Elisa was awarded victory ahead of runner-up Bárbara Tinoco’s “Passe-Partout”.

Elisa sings with all of her heart

As a result, Elisa signed to Warner Music Portugal and the Madeira-born singer has been hard at work on her follow-up material. Released today, “Coração” (“Heart”) is Elisa’s second official single and is the follow-up to her Festival da Canção 2020 winning entry “Medo de Sentir”. The new track was written by Elisa herself alongside LEFT, with production taken care of by LEFT and Mikkel Solnado.

Whilst Portugal have yet to confirm participation in Eurovision Song Contest 2021, Elisa revealed in late March, following the cancellation of the 2020 contest, that she had not been invited back by RTP at the time of the interview. Nothing is certain, but it is currently expected that RTP will choose to host a new edition of Festival da Canção should Portugal participate in Rotterdam next year.

Without further ado, make sure you check out the official music video for “Coração” on YouTube as well as stream the track on Apple Music and Spotify. All the links you need are below!

Moreover, you can follow us (escxtra) and our “New Music Friday” playlist on Spotify, so you never miss a new release from your favourite Eurovision artists.

What do you think of Elisa’s latest single? Let us know! Be sure to stay updated by following @ESCXTRA on Twitter, @escxtra on Instagram and liking our Facebook page for the latest updates! Also, be sure to subscribe to our YouTube channel to see our reactions to the news in the upcoming months. 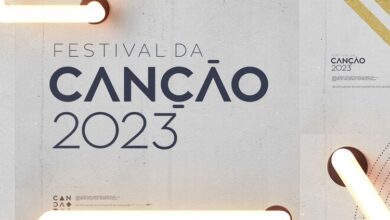