Bosnian broadcaster BHRT has confirmed that Bosnia and Herzegovina will not be returning to Eurovision next year.

Absent for a fifth year running

BHRT’s non-participation, which was confirmed to ESCToday, comes from their ongoing financial struggles. They have been sanctioned by the EBU due to the debt that they owe to them. Because of this, they have been unable to broadcast the contest in previous years.

On top of this, BHRT themselves have an unstable financial situation. Participating in Eurovision would not be possible for them in this moment in time considering the afflicting problems that they have right now.

Bosnia and Herzegovina joins Andorra, Luxembourg, Monaco and Slovakia in the list of countries that are not returning next year.

Bosnia and Herzegovina in the Eurovision Song Contest

Bosnia and Herzegovina debuted in 1993 and have made 19 appearances to date. Their best result comes from Hari Mata Hari in 2006 with their song “Lejla”. In that year, they finished 3rd.

They last participated in 2016. Dalal, Deen, Ana Rucner and Jala performed “Ljubav Je” in Sweden and narrowly missed out on the final. They finished 11th in their semi final with 104 points.

Are you missing Bosnia and Herzegovina in Eurovision? Let us know your thoughts in the comments!

Comments on 🇧🇦 Bosnia & Herzegovina will not participate in Eurovision 2021 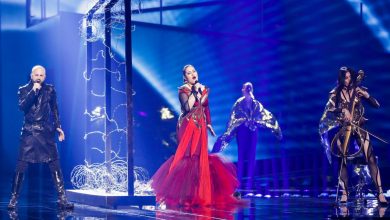 🇧🇦 Bosnia & Herzegovina will not return to Eurovision in 2022