Today it was revealed that James Newman will represent United Kingdom in 2021. He was set to represent the country in 2020 with the song “My Last Breath”.

James Newman was internally selected to represent the United Kingdom at the Eurovision Song Contest 2020, but as we all know, the contest was cancelled due to the coronavirus pandemic. Now the BBC has given James a second chance and selected him to represent the country next year.

I’m so excited and honoured to be getting a second chance at representing my country in the Eurovision Song Contest. I haven’t stopped making new music in lockdown and I can’t wait for everyone to hear the song I’m taking to Eurovision in 2021.

In an interview with BBC Newsbeat, James says the song will not be a ballad. He’s promising something “positive and upbeat”. The song will be out in March.

I feel like everyone wants a party and to have some fun so when I was writing, that’s what I had in my head. I wanted something people can dance to, even if it’s just in their kitchen

James Newman on his Eurovision 2021 entry

The BBC also announces the renewed collaboration between BBC Studios and music company BMG for this year’s contest. The song will be released and published by BMG, and BBC Studios will once again produce the BBC’s coverage of the Eurovision Song Contest.

His 2020 entry “My Last Breath” was written by Iain James, Adam Argyle, Ed Drewett and James himself. Iain James co-wrote Azerbaijan’s entry “Running Scared” that won the Eurovision Song Contest 2011. He also was one of the songwriters on Belgium’s entry in 2013, “Love Kills“.

Are you happy to see James Newman back? Let us know! Be sure to stay updated by following @ESCXTRA on Twitter, @escxtra on Instagram, and liking our Facebook page for the latest updates! Also, be sure to subscribe to our YouTube channel to see our reactions to news in the upcoming months. 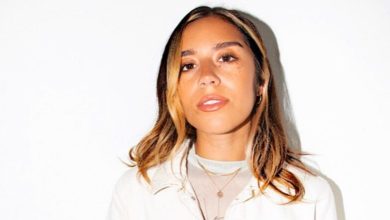 Chelcee Grimes to represent the United Kingdom at Eurovision 2022?