It is the time of year where every Eurovision fan makes themselves jury and judge of the contest. There’s a poll, ranking video or scoring chart around every anticipatory corner.

But spare a thought for those who have been given the responsibility for 50% of their nation’s vote. No, not government officials or SIM card distributors, but five men and women that comprise each national jury.

By the time Europe sits down to watch each of the shows, national juries have already had the chance to rank the songs and therefore scrap the winning chances of a number of songs and can significantly boost others. Today’s announcement of the jury members is of no interest beyond the fan community, but it will have a impact on the results seen by the millions of casual fans and viewers casting their televotes later this month.

How the juries come to their ranking is supposedly by considering the criteria below, but the public conversation between the new kids in the class- Australia’s jurors – indicates the wealth of wriggle room there is within these criteria.

The jurors are told to look out for:

There is no way to formalise or regulate this combination of criteria, so jurors with very different mindsets will exist. Aussie juror Richard Wilkins is quoted as saying:

Eurovision is a spectacle, there’s no two ways about that. But it’s about the song, it’s the Eurovision Song Contest after all … The song has to be right. I’ve got pretty good ears so I like listening to people who are in tune.”

Conversely, his fellow jury member Jake Stone will be asking of the entrants:

What is their social relevance? What barriers has someone had to push through to get that far? I can’t help but listen to the quality of the song, but there’s also the performance itself.  Is it socially meaningful? Is it funny?”

As a 2003 UK back-up juror in the dark days of 100% televoting I found myself with a similar mindset to Richard, and having conversations with those of a similar mindset to Jake. Perhaps a jury should include a blend of these interests, but is a jury’s purpose not to emphasise musical considerations so that the emotional and “social relevance” of an act can be left to the emotional* voting wider society at home? 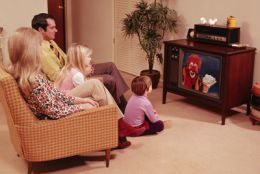 The full rules and regulations for jury composition and decision are shown below (from eurovision.tv) and are unchanged from 2014.

All jury members are music professionals. They are being asked to judge:

The EBU looks into each jury member together with Digame and PwC, to assure they meet the requirements to take seat in a national jury.

The following criteria is [sic] applied in the selection of the jury members:

🇨🇾 [Editorial] What next for Cyprus at Eurovision?