Tonight’s final organised by TVR, featured six acts and Ovidiu Anton won the public’s heart as the outcome was solely decided by tele-voting. Ovidiu Anton led the tele-voting throughout the show and it was no surprise that he finally won the right to fly the Romanian flag in Sweden.

3rd place: Florena – Behind The Shadows

This year’s Moldovan hopeful Lidia Isac appeared in the show in order to promote her Eurovision entry. The jury members who played an important role in last Friday’s semi-final, did also perform a couple of songs. The interval acts included 2013 Romanian entrant Cezar who gave a rendition of Conchita’s song Rise Like A Phoenix.

Ovidiu Anton will represent Romania in the second semi-final of the Eurovision Song Contest on 12th May. The country is yet to fail a final qualification and Ovidiu Anton will hope that this prospect does not happen this year. 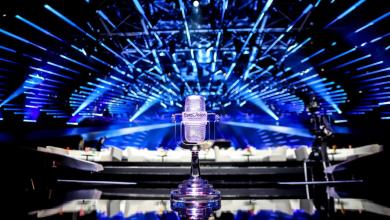