Julia Samoylova has appeared on the Russian television show, Pust’ govoryat, to talk about her experience at the Eurovision Song Contest in Lisbon.

It was the first time Russia had failed to qualify for the Grand Final at the contest since the new Semi-Final format was introduced. In an interview, Julia Samoylova spoke about doubts concerning her participation…

“I had thoughts of abandoning Eurovision, especially when preparations for the contest were not going as I imagined, perhaps my ideas were too vague […] I thought that I could cope with this task. Still, this is my dream – albeit naïve – but I went for it. And I’m glad that in my life this has happened.”

There was a lot of criticism of the Russian entry during the preparation period before Lisbon 2018. It must be said that very little of it was aimed at the 29-year-old singer.  In addition, Julia spoke about her awareness of such criticism…

“I had a lot of free time, and I paid attention to these comments: why? Probably, it was a pendulum: at first there were too many positive emotions, now there must be a counterbalance.” 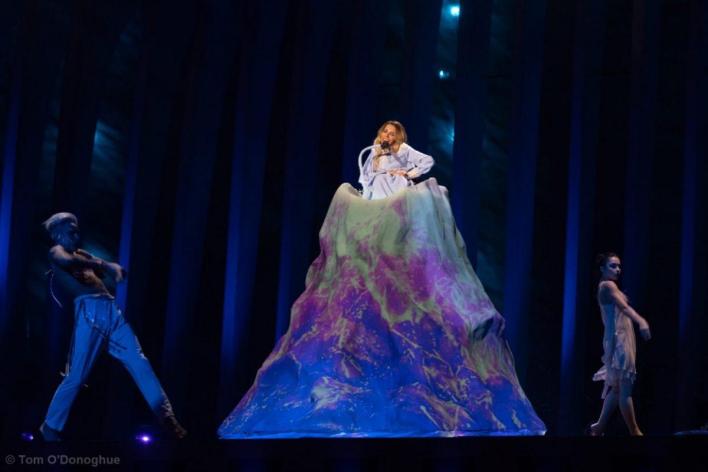 Russia has participated in the Eurovision Song Contest 21 times since they first participated in 1994. The country’s best result was achieved in 2008, with Dima Bilan’s “Believe“. The song won in Belgrade with 272 points.

Julia Samoylova was previously selected to represent Russia in 2017. But was subsequently withdrawn from the contest after the news arose that Julia was banned from entering Ukraine.

Who do you think Russia should send to Israel for the 2019 edition of the contest? Let us know in the comments below and on social media @ESCXTRA.

An Xtra Happy Birthday; May 22nd!

Israeli Minister "to invite" Arabic nations, including Tunisia, to take part in Eurovision 2019

🇸🇪 Jakob Karlberg: “This is a good opportunity to show a great song”

🇸🇪 Frida Öhrn: “It’s all about fun and singing your heart out”