Last week, Riccardo took us back to the turn of the century with Alsou’s Solo. Today, we take a look even further back into the past, when Napoleon did surrender― ok, not that long ago.

ABBA rarely needs an introduction, having enjoyed such an enduring fame and such an impact on pop culture across continents that it seems almost strange that their humble beginnings were as Sweden’s first win in Eurovision, in 1974.

Their win kickstarted what would later come be known as a powerhouse entrant whose acts are always watched close. Listening to the host in the original recording is hilarious, as he describes a country that has never won – if only they knew what they were getting into!

Not only did Waterloo propel Sweden onto a bright new future in the Song Contest, but it also paved the way for ABBA’s eventual worldwide success.

The enduring appeal of ABBA and Waterloo

The song remains a massive part of our collective psyche, riding on its initial fame and taking on a life of its own. It has proved to be probably one of the best ambassadors of Eurovision’s original aim of bringing people together in entertainment.

Looking at the performance now, ABBA continues to be entrancing: the band commands the stage in full, wearing bright and vibrant outfits, catching viewers’ eyes and keeping them on the performance until its end. That, and the rudimentary choreography accentuate the fun, dancey element of the song, while the easy chorus worms its way in your head for easy singing along.

The slightly heavier guitar and the more pronounced jazzy notes of the Eurovision performance are overall much better than the later, cleaner studio version which – at least to me – takes some of the charm of the original away.

What do the team think?

I feel incredibly lucky to be able to talk about Waterloo. Of course it revolutionised the contest and started off the careers of one of the greatest pop bands of all time, but beyond that, my love for it is as a song with its lyrical potential. How many songs even today start by cheerfully invoking the name of a pivotal battle? The use of fighting as a metaphor for love that blossoms once defeated comes across so effortlessly, it’s not hard to see why this won and became THE Eurovision track. People often talk about groundbreaking moments in media being a little overstated, but that’s not the case for Waterloo, it was a trailblazing shock then and looking back, it easily remains so now.

There really isn’t anything negative to say about an entry as iconic as Waterloo. It shaped ABBA’s forthcoming success in their music career and, arguably, the way Sweden is seen in Eurovision today. Even though I have a soft spot for Sì, the runner up of the 1974 contest, there was hardly any competition for ABBA that year. It has pretty much everything needed for a “perfect” Eurovision entry. Catchy? Check. Memorable to this day? Check. Enough to get every other white person on the dancefloor of your family friend’s wedding? You get the idea by now.

All these years later, ABBA’s contribution to Eurovision remains as good as pop gets. The song craft is smooth, and the clunkier yet thoughtful lyrics stand the test of time, certainly relative to the 1970s fashion! Back in 1974, Waterloo stood out a mile in style from the rest of the pack. In those years there was, as there remains today, a difference between what is considered to make a ‘Eurovision’ entry and a lag in arrival of wide pop tastes to the Eurovision stage. ABBA must have looked and sounded like the visitors from the future that won over the juries, setting a path for European pop tastes that would last for decades.

I was thinking, when it turned out I would have to comment on a Swedish entry, that I’d end up being quite critical. “Waterloo” is however one of the few’ish Swedish entries I really like. I grew up singing along to ABBA, preferably in front of the mirror, with my friends, singing into a hair brush. They were very much the soundtrack to my childhood, and I still love them, both their ballads and up-tempo songs.

“Waterloo” is one of the absolute Eurovision classics, and it never fails to get my hips and shoulders going, and I always sing along! It’s just a perfect party song, and a dancefloor filler like no other. It’s not my favorite Swedish entry, but it’s up there in my top… 10, probably. My current Swedish fave is “If I Were Sorry”; it’s current and fits right into my music. My least favorite Swedish entry is “Hero”, closely followed by “Invincible”. Not much of a schlager fan, you might say.

We would love to hear your thoughts on “Waterloo”. Be sure to stay updated by following @ESCXTRA on Twitter, @escxtra on Instagram and liking our Facebook page for the latest updates! Also, be sure to subscribe to our YouTube channel to see our reactions to the news in the run up to Rotterdam! 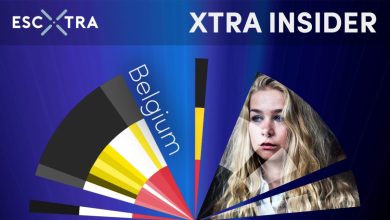 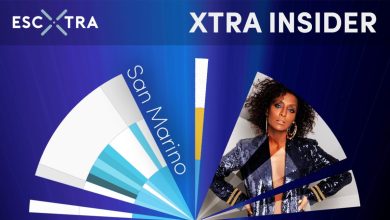 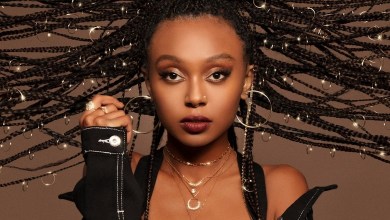