The Roop, this year’s Eurovision entry for Lithuania, have announced that, with immediate effect, all travel plans have been cancelled.

The announcement means that The Roop will no longer be performing at both the London Eurovision Party on Sunday 29th March and Amsterdam’s Eurovision In Concert the following week on Saturday 4th April.

The band were also due to be in Rotterdam this weekend to film the video postcard that will be used to introduce the Lithuanian entry during the Eurovision Song Contest in May. However, Vaidotas Valiukevičius, lead singer says: “We do not want to risk our own health or public health. We will follow the government’s recommendations to avoid overseas travel. We believe prudence is the key to getting everyone back to normal.”

Guitarist Mantas Banišauskas adds, “The world needs to be very united right now. Now is not a period of war, not racing, but a period of concentration. We are looking forward to meeting everyone and wanting to spread the good virus of the On Fire dance to the world.”

Lithuania’s national broadcaster, LRT, backs the decision. “It is a pity that we have to delay the long-planned travel of our representatives,” says Head of Delegation Audrius Giržadas. “But such a decision is the only right step in this case. In dealing with the coronavirus pandemic, we have to be responsible and avoid foreign risks and visits as much as possible.”

The band also say that they hope the situation improves and they will be able to perform at Eurovision in May. Lithuania have closed schools, universities and other public buildings. Given the situation is changing daily with the Coronavirus pandemic, expect further announcements from national broadcasters and the European Broadcasting Union.

Lithuania first entered the contest in 1994 with “Lopšinė mylimai” by Ovidijus Vyšniauskas. Last year in Tel Aviv, Jurijus Veklenko sang “Run With The Lions” and came 11th in Semi-final 2 with 93 points, narrowly missing out on the Grand final. This year in Rotterdam will be the Baltic nation’s 21st Eurovision appearance. 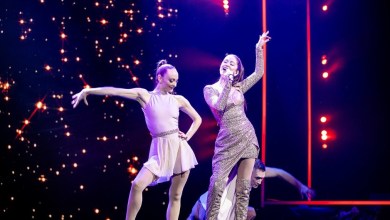 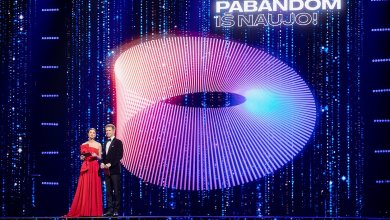