The Israeli broadcaster KAN is looking at using the format of the American songwriting competition Songland to choose their Eurovision 2021 song for Eden Alene to perform.

As previously reported, Eden Alene will be returning for Israel in 2021, but she will need to use a new song as with all returning entrants. The process of choosing a song to replace ‘Feker Libi’ for her is yet to be decided. Israeli EuroMix reported that KAN is looking to purchase the format of Songland for use in selecting this entry.

Starting in 2019, the competition, hosted on American network NBC, is a show that aims to showcase the songwriting process. Producers team up with unknown songwriters and a well-known recording artist to release a song.

The format shown so far has four songwriters submitting first drafts of songs, with three going through to a second round. The guest singer chooses the winning song and releases it at the end of the episode.

If adopted as the KAN selection process, this would shine a spotlight on the songwriters responsible for Eden’s song, quite possibly also giving her final say on which song she takes forward to Eurovision. The Israeli broadcaster has not yet commented on the accuracy of the reports. It is also not yet clear if they do adopt this process, that it will replicate the American version exactly.

‘Feker Libi’ was the entry selected as Eden Alene’s song for Eurovision 2020. It was written in part by Doron Medalie, the writer of Eurovision 2018’s winning entry ‘Toy’. Medalie has already announced he will not be writing the 2021 entry, so the process for selecting the entry was already in question.

What do you think about the Israeli broadcaster adopting the Songland process to choose a song for Eurovision? Will this lead to a better outcome for Eden? Let us know @ESCXtra

Comments on 🇮🇱 KAN to use Songland for Eurovision 2021? 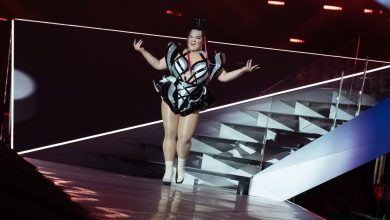