The Finns have been choosing their entry for the Eurovision Song Contest via UMK for years. That is certainly no different this year. Seven candidates will fight to represent Finland in Rotterdam on February 20. We were lucky enough to speak with the top favorite Blind Channel.

A little biography on Blind Channel

In 2013, five young men from Oulu decided to set up a music group called “Blind Channel”. They describe their music style as “Violent Pop”. As they are building up a national and international career, the band already released three full albums. In February 2018, the band got nominated for the “Rock of the Year” at the domestic Emma Gala. In the summer of 2020, Aleksi Kaunisvesi joined the band.

Listen to Dark Side

This year, Finland organises UMK for the 10th time!

Watch our interview with Niko and Joonas from Blind Channel

Finland entered the Eurovision Song Contest in 1961 and can count 53 appearances at the moment. For a first win, they had to wait until 2006. After struggling to find the right recipe for a perfect entry, they finally found it with Lordi and “Hard Rock Hallelujah”. They share the regrettable record of most last places with Norway. Both countries ended no less than 11 times in last place in their Eurovision history. The 2010-2020 period was not their very best decade. They reached the final four times. Their best result of the decade is 11th place. Finland owes this to Softengine and “Something Better”.

What’s your opinion on “Dark Side” by Blind Channel? Let us know! Be sure to stay updated by following @ESCXTRA on Twitter, @escxtra on Instagram and liking our Facebook page for the latest updates! Also, be sure to subscribe to our YouTube channel to see our reactions to the news in the upcoming months. 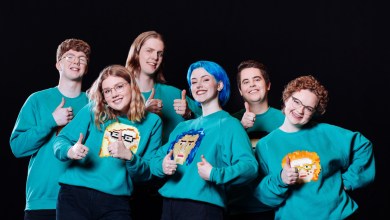